Women looking to put a twist on the urban genre 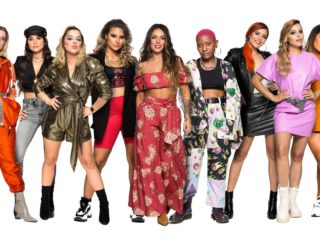 Daniela Legarda, Itza Primera and 7 other girls traveled to Medellín to show the world what their music is made of.

It is no secret to anyone that reggaeton and urban are musical genres that have been led by men since their inception.

Great personalities like Daddy Yankee and Don Omar were in charge of carrying this whole world behind their backs, to later be replaced by other names like J Balvin and Bad Bunny. Even if there are more and more women in the medium like Karol G and Rosalía.

And with these ideas in mind he was born Latin Flow, the new MTV reality show that sought to bring together several of the girls who have been pursuing a career in urban music for some time so that they could unite and support each other, in order to finish strengthening the female representation within this genre .

Daniela Legarda, Itzza Primera, María Osorio, Mabiland and more traveled to Medellín to live in one house and contribute their bit in the creative process of the others.

We had a warm chat with several of them who prepared us about the different things that we will see in the program, which premieres next Thursday, June 10 on MTV. Click the video above to watch it!