World Bank threatens to suspend financing of vaccines to Lebanon 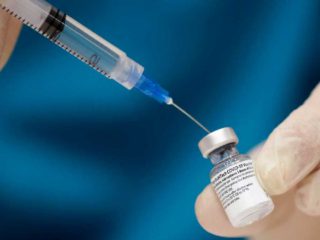 The Secretary General of the Lebanese Parliament, Adnan Daher, acknowledged that 16 legislators received the vaccine in Parliament, in the presence of a team from the Ministry of Public Health and the Lebanese Red Cross. Daher explained that those parliamentarians had already registered for the vaccine on the official platform and that their turn had come, according to the state news agency NNA.

Among those vaccinated, 12 deputies, 6 employees of the House of Representatives and 3 members of the Red Cross were finally included. However, several local media reported that several deputies had received the first doses without prior authorization, terms that did not comply with the agreement reached between the Government and the World Bank.

The WB warned the Lebanese authorities that it would suspend funding for vaccines if irregularities are confirmed. Even the director of Lebanon’s COVID-19 vaccination plan, Dr. Abdul Rahman Bizri, publicly admitted that he did not know that vaccines would be sent to Parliament. “What happened today is unacceptable,” he said. Minutes later, the outrage spread throughout the country.

The World Bank gave a total of 28 million euros to Lebanon in February to allow the start of the vaccination plan. In the first batch, 60,000 doses of Pfizer-BioNTech arrived, destined to immunize 2 million people. The government then launched an online registration process to ensure a transparent process, adding that health workers, the elderly and people with chronic diseases would be among the first vaccination group.

The World Bank itself and the International Federation of Red Cross and Red Crescent Societies have signed an agreement for independent oversight of the vaccination campaign, taking into account the decades of corruption and mismanagement that have led the country to brink of bankruptcy and financial collapse.

The president of the Lebanese Order of Physicians, Sharaf Abu Sharaf, noted last week that there had been “many violations in the vaccination centers”, all related to the immunization of people who were not registered or who were not even included in the first phase of the campaign.

The regional director of the World Bank, Saroj Kumar Ya, stated on February 14, after the start of the vaccination campaign, that “many have expressed their concern regarding the possible violation of the criteria established for priority groups to be vaccinated next week. The Lebanese authorities have informed us that there are no such plans. “

However, after learning the latest information, Kumar Ya was blunt: “This is not in line with the national plan agreed with the World Bank, and we would record it as a breach of the terms and conditions agreed with us for a fair and equitable vaccination. ”.

“Everyone has to register and wait their turn!” Stated Kumar Ya, adding that if the violations are confirmed, “the World Bank could suspend funding for vaccines and support for the response to COVID-19. in Lebanon ”.

“I ask everyone, and I mean everyone, regardless of their position, to register and wait their turn,” he said. The regional director of the World Bank himself added the hashtag of #NoWasta in the message, in reference to the characteristic concept of the Middle East to define nepotism and corruption, so present in Lebanon.

This was joined by multiple Lebanese personalities through Twitter. Writer Mohamed Dankar tweeted: “My Government not only killed us on August 4, 2020, but is now giving the vaccine to parliamentarians instead of elderly people in need,” and singer Elissa condemned the behavior of the authorities. : “Why is the House of Representatives above nature? It is a pity”.

The Lebanese Presidential office also confirmed that both President Michel Aoun and his wife, and ten other advisers to the president had also received the vaccine. The agency indicated that the ten advisers “registered their names on the vaccination platform, according to the procedures.” In addition, he announced that “COVID-19 infections have previously been recorded among the ranks of the team that works directly with President Aoun,” 86 years old.

The Lebanese Ministry of Health registered 2,723 new infections and 59 deaths during the last day. He also pointed out that there are currently 2,147 people hospitalized, including 918 admitted to intensive care units and 298 connected to respirators. The recent increase in infections has once again overwhelmed the authorities, who are already struggling to cope with the serious financial crisis in Lebanon.

Lebanon has 6 million inhabitants, of which 1 million are Syrian refugees. Since the beginning of the pandemic, authorities have counted more than 359,000 cases and a total of 4,446 deaths. Suspending economic assistance would have serious implications for the government, which has serious liquidity problems and is experiencing an unprecedented crisis dependent on foreign aid.