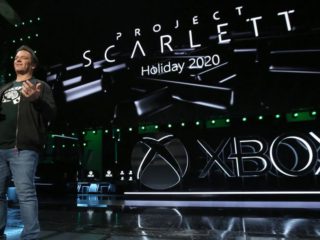 With Xbox One, Xbox Series X and Xbox Series S, Microsoft has opted for backward compatibility as one of its main features. All its generations converge on the same platform, so it is possible to enjoy many of the classics. In addition, the Redmond have developed the technology to improve these products, to the point that they sometimes resemble remasters. In an interview with Kinda Funny, the head of the division, Phil Spencer, has reaffirmed this commitment and defended the preservation of video games.

The head of Xbox is concerned that part of this entire legacy will be lost: “I really want the industry to come together to help preserve the history of what video games are, so that we do not lose the possibility of going back”, He opines. The manager cites the Paley Center in the television industry as an example, as he considered archiving and saving all those old tapes of old programs. “At some point someone will want to see the Ed Sullivan show again, so these things shouldn’t be thrown away.”

The role of streaming and Game Pass in preservation

The cloud can play an important role, because for Spencer eliminates the need to invest in old hardware or in the development of emulators. He thinks the same about Xbox Game Pass, their subscription service, which also allows them to analyze the type of games that users are interested in. “Game Pass has been a great source. It was amazing when Bethesda joined us as we were able to offer so many ‘old-new’ games, ”that is, part of the company’s historical catalog.

“Even thinking about products like Rare ReplayIt was something very interesting for us ”. They gave players the chance to try out some of the featured titles from the British developer’s historical catalog.

One of the games that has been preserved recently is the unofficial adaptation of Super Mario Bros. 3 a PC made by id Software in its early years.