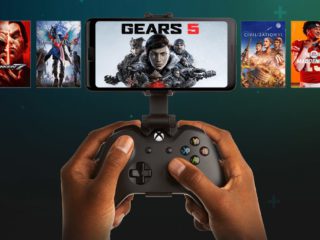 In the run-up to E3, Microsoft announced several changes to its cloud gaming service xCloud, which is embedded in the Xbox Game Pass subscription. In a blog entry, Microsoft confirmed the development of its own streaming stick for xCloud gaming.

Such a streaming stick should enable users to stream their titles via xCloud to any television or monitor without the need for additional hardware. It is still unclear when the stick will appear and how much it will cost. It also remained open whether it would support other apps besides xCloud such as YouTube or Netflix.

At the same time, Microsoft is working according to the Post in the company blog about installing xCloud on numerous Smart TVs. Anyone who owns such a television would not even need a stick, but could start the Game Pass app directly from the TV interface. Further details on the manufacturers with whom Microsoft works are missing.

Microsoft has also announced an improvement to the xCloud server: The servers on which the streamed games are run will be raised to the level of the Xbox Series X in the coming weeks – previously they played on xCloud on Xbox One hardware. The improved technology should make itself felt, among other things, in the form of higher frame rates and shorter loading times. xCloud is Microsoft’s cloud gaming service. Currently, it can only be used by members of the Xbox Game Pass Ultimate game subscription, which not only provides cloud gaming but also access to numerous video games.

So far, the full version of xCloud can only be used on compatible Android devices, but the browser version of the cloud gaming service will soon leave the beta and will be available to all members of the Game Pass Ultimate. This means that xCloud can also be used on PCs and iPhones. According to the blog post, Microsoft is also working on integrating xCloud on its Xbox consoles. This could be useful, for example, to let users try out a game via streaming before buying, writes Microsoft. However, it is unclear whether and when such a function will actually be implemented.

Microsoft could announce more details on the future of xCloud at its E3 event on June 13th. Information on upcoming Bethesda games is also expected as part of the live stream.