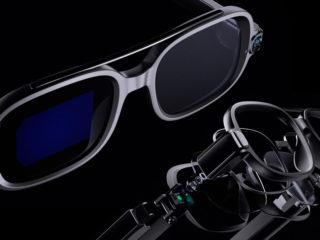 This Tuesday, the Chinese tech giant Xiaomi presented your new smart glasses Xiaomi Smart Glasses, whose concept, according to the company, seeks to “integrate all the functions of a ‘smartphone'” in a device that we can “wear”.

According to the manufacturer, the device has a screen integrated into one of the lenses, which is a 0.13-inch monochrome panel with 2.4 x 2.02-millimeter microLED technology (less than the size of a grain of rice ), with individual 4 μm pixels, allowing it to fit into the lens design and weigh as little as 51 grams, although they also have an integrated camera with a 5 megapixel sensor, a battery, a processor, Bluetooth and Wi-Fi.

The concept of Xiaomi Smart Glasses integrates functions of a smartphone. Specifically, the lenses are capable of taking photos, displaying messages and notifications, calling, browsing and even translate texts in real time. As shown in the video of the presentation, you can interact with the device by tapping the lens rods and voice commands.

According The Verge, to make it possible to view the content even in sunlight, the Chinese company opted for a screen that reaches a maximum brightness of 2 million nights, but whose light will not be as bright once it reaches the eyes.

The device, which does not require a constant phone connection, is not yet for sale nor is it a product in the making. At the moment, it is just a prototype which Xiaomi will be working on and which does not yet have a release date.