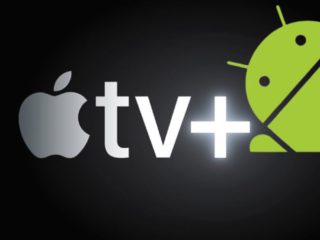 Android and Apple are clearly rivals, because they fight for sales in markets such as smartphones, tablets or Smart TVs. But that does not mean that they cannot collaborate, in fact it is the key in current times: Collaborations and that the welfare of the user is the central objective more than their money alone. Therefore, both have reached an agreement.

Following Google’s promise from earlier this year, Apple TV is reaching more Android devices: Just this morning, Nvidia announced that Apple TV was already part of its Shield TV app. And after that is when it has become official: Apple TV app and TV + subscription available on all modern Android TV devices.

Starting today, Apple TV is available for the “ecosystem of the Android TV operating system”, according to Google itself has confirmed to the 9to5Google site. This means that any modern Android TV device can access the service. The list includes Xiaomi, as well as TVs from TCL, Hisense and other brands. Previously, the app was only available on Sony Bravia and Chromecast TVs with Google TV.

To be able to use Apple TV on your Android TV only you need an Android TV device running Android 8.0 Oreo or higher as an operating system. If you have it, the app appears in the Play Store search and can be installed immediately.

This expansion comes just in time for the deployment of Apple’s summer premieres that we discussed last week: Lisey’s Story, Home Before Dark Season 2, Physcial, Central Park Season 2 and the long-awaited second season of Ted Lasso will premiere in the next weeks.