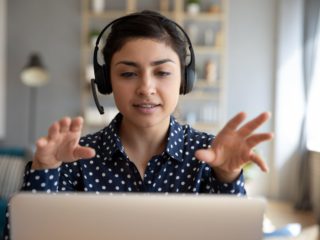 At its annual conference, Zoom presented plans to further advance hybrid work. Among other things, the software company wants to add an extension for live translations to its video communication tool, which should work for up to 12 languages. There are also plans for this year to decouple the whiteboard function already integrated in Zoom as a single product and to make it available outside of Zoom meetings. Other innovations include the integration of Zoom into Facebook’s virtual reality (VR).

Among the biggest changes that have occurred on the Zoomtopia 2021, includes real-time translations. The fact that the company is interested in the processing of spoken language has already been demonstrated by the cooperation between Zoom and Otter.ai for the purpose of automatic transcription. In order for the spoken contributions of a video conference to become text, the external product Otter had to be purchased live up to now. According to Zoom, the newly planned translation services are the result of the takeover of the Karlsruhe translation company Kites, which specializes in AI-supported translation of natural language.

Another big innovation is that Zoom out its whiteboard function want. The function currently allows users to share whiteboards with others during ongoing conferences in order to take notes together. At the same time, the conversation continues. A beta phase is planned for this year, in which the whiteboard option will work outside of the video conference tool. Among other things, the whiteboard will be available in the web version.

The next step is the cooperation with Facebook’s Horizon Workrooms. Horizon workrooms are virtual presentation rooms in which communication can also take place via avatars. So far, Outlook, Google Calendar, links and files can also be shared in addition to the screen. In the next year, the whiteboard will also be integrated into Facebook’s VR so that users can also access it there. Zoom conferences including whiteboards should be part of the VR of Facebook and give users the opportunity to see the entire work surface with the help of the Oculus headset.

For Zoom’s telephone function, end-to-end encryption for individual calls via the Zoom client is also in preparation. In addition, users will in future be able to leave their colleagues a video message in their voicemail inbox.