3D audio: how the music industry is turning listeners’ heads 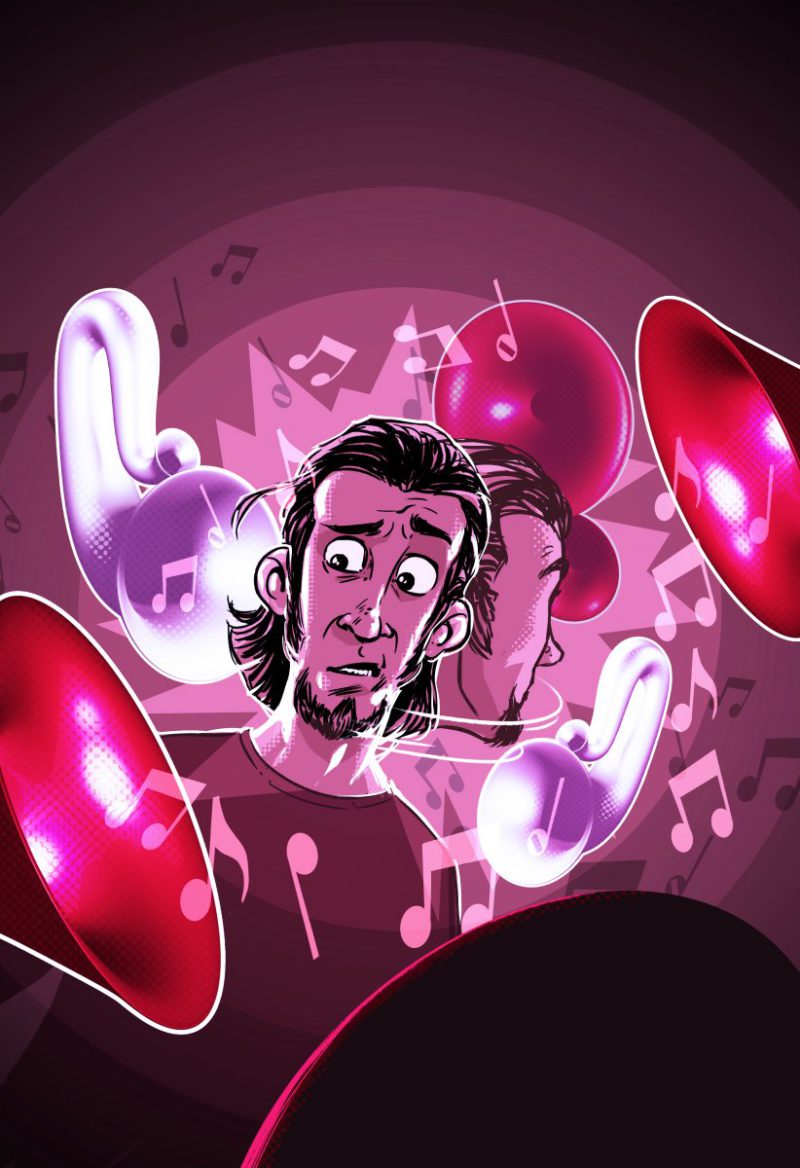 Format wars are as old as the entertainment industry. Do you remember the battle between SACD and DVD-Audio? Or the CD4 and Quadro records from the 70s? In the end, none of the formats prevailed because only a few well-heeled customers were willing to spend money on them. However, the music industry is geared towards a mass audience. New formats must therefore also work with playback devices for the small budget if they do not want to wither into a niche.

On this threshold to the mass market, there are currently two new formats for 3D music: Dolby Atmos and Sony 360 Reality Audio (360RA). Dolby Atmos has now established itself in the film and video sector. Corresponding audio / video receivers or sound bars can be found in many living rooms, and numerous films and series have audio tracks for them.

On the other hand, 360RA does not play a role in films and so far there are no AV receivers that could reproduce the format. Sony is therefore relying on rapid distribution via music streaming services and headphone output – because most music is consumed on the go via smartphone these days. Whoever dominates this mass market also ultimately influences whether and in which format 3D will ultimately prevail in the music industry.

We are testing the eight largest streaming providers, half of which now also have 3D music in their range. The total number of songs is still small, but this early development phase is likely to be decisive for whether the history of quadraphonic records repeats itself or a 3D format actually establishes itself.

Dolby gets support from two of the three global major labels: Warner Music and Universal Music, which also includes Deutsche Grammophon. Dolby’s most important partner, however, is Apple, which now unites the entire production and playback chain under one roof – starting with production tools such as Logic Pro X, through distribution via Apple Music, to receiving devices such as Apple TVs, iPhones and home pods as well as Airpods with a head -Tracking.

Sony controls the third major label Sony Music and publishes 360RA recordings on its own. Sony brought Deezer on board as a streaming partner, as did Amazon Music and Tidal, both of which also support Dolby Atmos. In addition to a range of headphones, Sony now also offers the first smart speakers with 360RA support for playback, which prove themselves in tests against competitors and soundbars.

The introduction of 3D audio is thus primarily driven by industry: Major labels can set themselves apart from small, independent distributors, streaming services can win new customers and manufacturers of consumer electronics can sell new players, speakers and headphones. That would be a win-win-win situation for companies.

With profit prospects like this, it is all the more amazing how many mistakes the industry makes. It starts with the all too well-hidden 3D songs on the streaming platforms, which can often only be found using search terms such as “3D Audio”. It continues with sloppily compiled playlists that jumble up the 3D and stereo versions. It is not uncommon for a song to rumble too loud in the bass, while the next one can hardly hear the singer. And finally, Sony also messed up the headphone simulation of 360RA: Some classics like “Space Oddity” sound so unnaturally inflated in 3D that David Bowie would rotate in his grave.

It can be done better

The technology enables really excellent recordings that sound much better under good conditions than in stereo – check out “Point” by Yello or “Out to Lunch” by Eric Dolphy. However, this requires musicians who deal creatively with 3D – and sound engineers and producers who implement 3D correctly and not just pump up a stereo mix.

As a listener, you should therefore exercise a little patience. Don’t copy 3D music straight away if the sound of the first few tracks doesn’t meet your advertising expectations. The Beatles’ first stereo albums also took some getting used to in the mid-1960s. It usually takes several years for knowledge about the possibilities of new formats to spread and for all teething troubles to be eradicated. The music industry is still at the beginning.

In c’t 24/2021 we present our optimal PC 2022 to you. In addition to a detailed purchase advice, we describe two concrete construction proposals: an expandable, quiet all-rounder and a cheap mini-PC. We also tested music streaming services and looked at what 3D sound is good for. You will find issue 24/2021 from November 5th in Heise shop and at the well-stocked newspaper kiosk.