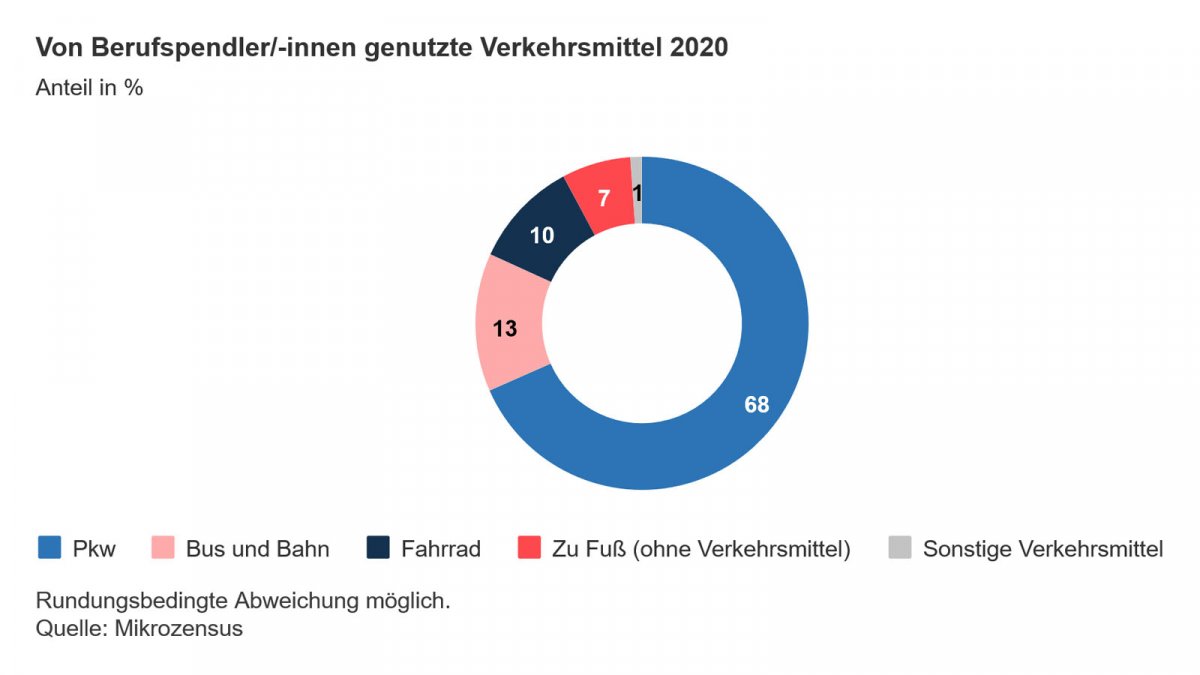 According to the figures published today by the Federal Statistical Office (Destatis) for 2020, 68 percent of those in employment drive to work by car, while only a good 13 percent regularly used local public transport. Every tenth employed person normally rides a bicycle. This means that the figures are almost unchanged compared to 2016.

48 percent of those in employment have no further than 10 kilometers to their place of work, 29 percent drive 10 to 25 kilometers, 14 percent between 25 and 50.

Only a good 13 percent used public transport in 2020

According to Destatis, 48.2 million cars were registered in Germany at the beginning of 2021, 14 percent more than ten years earlier, compared to 42.3 million at the beginning of 2011. The number of households with at least one car remained practically unchanged (77.4 compared to 77.6 percent), while the number of cars per household increased during this time. Ten years ago, 100 households owned 102 cars; today there are 108.

The figures on the behavior of commuters collected by Destatis every four years refer for 2020 to the data from 38.9 of the total of 41.6 million employed. The questions asked included distances between home and work, travel times and means of transport.