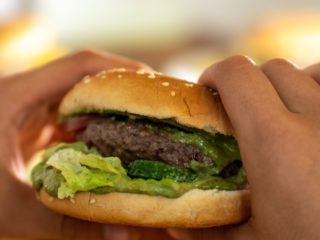 The case of a woman who found a human finger inside a hamburger she had bought in a fast food business in the city of Santa Cruz, Bolivia, has sparked intense controversy in the country, while the authorities have launched an investigation by attack against public health, they report local media.

According to the complaint made by the affected person on social networks this Sunday, the events occurred in a local of the Hot Burger restaurant chain. The woman said that after taking a few bites of her food, she felt something hard in her mouth and was unpleasantly surprised when she realized that it was a human remnant.

Then the Police corroborated the story and temporarily closed the premises while the investigations of the case are being carried out, classified as an attack against public health. According to the testimonies collected, days ago a chain employee had suffered an accident when he worked in meat processing.

“It is not known what happened to the other finger”

“Everything indicates that the worker who was operating that meat grinding machine possibly lost two fingers. One of them would have appeared in a hamburger and it is not known what happened to the other,” he tried explain the Vice Minister of Consumer Defense, Jorge Silva.

The official added that, because it is possible that the affected meat has been distributed to different branches, the possibility of close the rest of its premises.

For its part, the company Held that in the face of the “fortuitous incident” that involved one of its employees, its emergency protocols were activated, prioritizing the health of the worker, who is currently recovering.

In addition, they assure that they have initiated an internal investigation to determine how “a foreign element” arrived at one of its branches, while they are collaborating with the authorities.