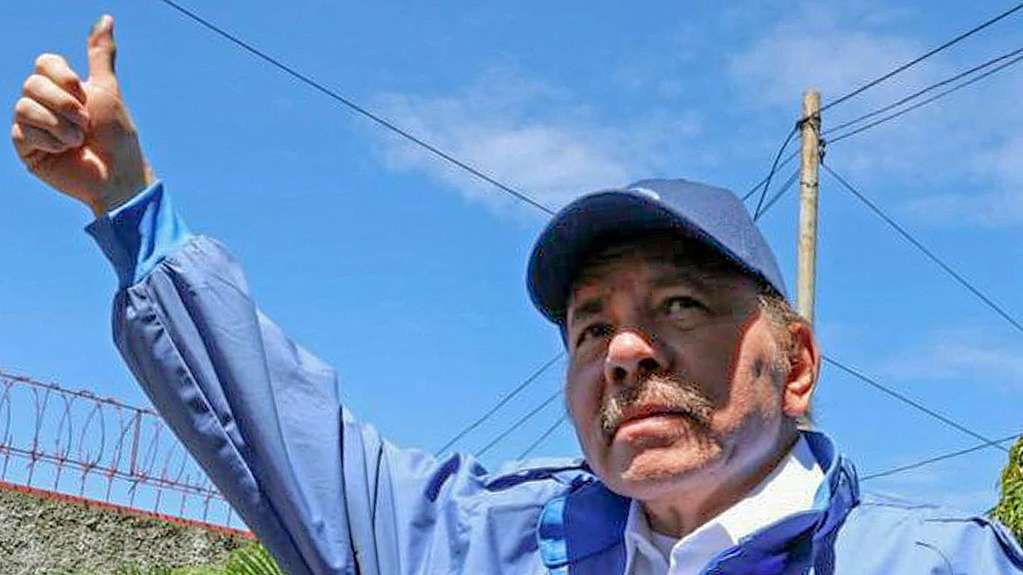 After arresting seven opposition candidates and eliminating three parties, Daniel Ortega is reelected in Nicaragua with 75% of the votes

The President of Nicaragua, Daniel Ortega, was re-elected for a fifth five-year term and fourth in a row with 74.99% of the votes in the general elections on Sunday, according to the first report released this Monday by the Supreme Electoral Council (CSE).

With seven aspiring opposition presidential candidates in prison, accused of “treason,” Ortega, in power since 2007, was leaving with an advantage for a new reelection together with his wife, Vice President Rosario Murillo. With 49.25% of the 13,459 Ballot Receiving Boards (JRV) scrutinized, the president obtains a wide advantage over other rivals.

Read also Argentina once again abstained from voting in the OAS on a resolution against Nicaragua: now it has avoided demanding the release of political prisoners

In second place, according to the report read by the president of the CSE, Brenda Rocha, the candidate of the Constitutionalist Liberal Party (PLC), the deputy Walter Martínez, is located with 14.4% of the votes. He is also followed by the deputy and Reverend Guillermo Osorno, from the Nicaraguan Christian Way (CCN), with 3.44% of the votes. Meanwhile, Marcelo Montiel, from the Nicaraguan Liberal Alliance (ALN), obtained 3.27; Gerson Gutiérrez Gasparín, from the Alliance for the Republic (APRE), 2.20%, and Deputy Mauricio Ouebe, from the Independent Liberal Party (PLI), 1.70%.

More than 4.4 million Nicaraguans were entitled to elect their president and vice president, 90 deputies before the National Assembly and 20 before the Central American Parliament (Parlacen).

According to the electoral body, 65.34% of Nicaraguans eligible to vote participated on election day. However, the independent multidisciplinary observatory Urnas Abiertas set abstention at 81.5%.

The elections were criticized by various sectors and by the international community for the arrest of seven candidates for the presidency of the opposition, as well as for the elimination of three opposition political parties, the repeal of electoral observation and the establishment of laws that restricted participation in the process.

Read also Nicaragua: what does the government of Daniel Ortega think of Argentina’s abstention from the OAS for human rights violations

The legitimacy of the Nicaraguan elections was questioned by opposition groups, human rights organizations, as well as by the Organization of American States (OAS) and the European Union (EU), due to the lack of guarantees regarding their transparency. .

Costa Rica announced, after the closure of the polling stations, that it does not recognize the electoral process in Nicaragua due to the “absence of conditions and guarantees” required in a democracy to accredit elections as transparent, credible, independent, free, fair and inclusive.