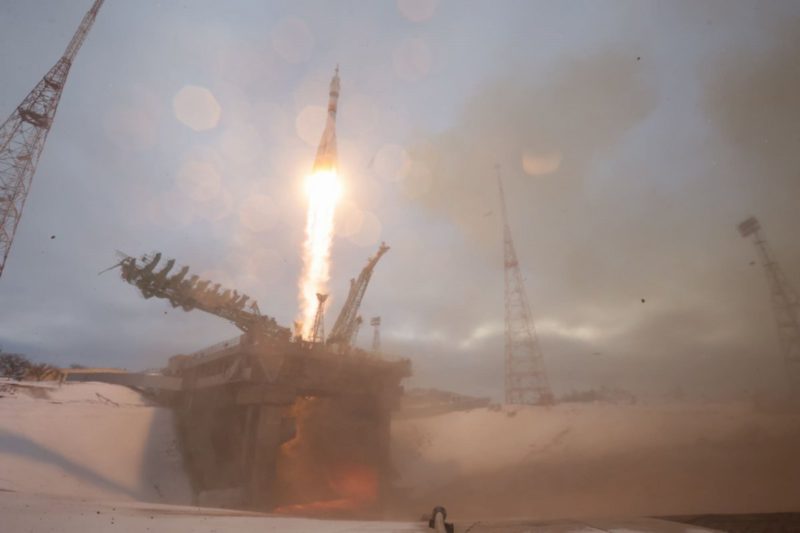 Flight into space instead of beach vacation: for the first time in twelve years, Russia has flown space tourists to the International Space Station. The Japanese billionaire Yusaku Maezawa and his assistant Yozo Hirano took off from the Baikonur spaceport in Kazakhstan in Central Asia on Wednesday, as live images from the Russian space agency Roskosmos showed. The cosmonaut Alexander Missurkin sat on board the Soyuz-type rocket.

No tourists for a long time

It was possible to see how the MS-20 spacecraft took off from the launch pad in winter weather as planned and rose into the cloudy sky. “The flight is normal,” said the flight control center. The flight to the ISS should take more than six hours. “dreams come true“Maezawa tweeted before departure.” The International Space Station will be my home for two weeks. “

Private individuals on board the station around 400 kilometers above the ground have been rare in recent years. With the two Japanese, the number of tourists transported by Roskosmos rises to nine. One reason for the low number is that the Russian missiles took US astronauts to the ISS for many years. In addition, the costs of such trips are still immense.

“We are talking about tens of millions of US dollars,” said the head of the US company Space Adventures, which specializes in space tourism, Tom Shelley, of the dpa in Moscow. According to him, between 44 million and 53 million euros are due per person and flight. “It sounds very expensive, but ultimately it’s a priceless opportunity.” Space tourism will therefore remain something for the very rich for the foreseeable future.

Flight to the ISS only as a start

It is not known exactly how expensive the flight to the ISS will be for the two Japanese. According to Forbes magazine, 46-year-old Maezawa is one of the 30 richest people in Japan with private assets of around 1.7 billion euros. He started shipping CDs in 1998. The entrepreneur later made his living selling clothes on the Internet through the Zozotown website, which was founded in 2004.

Maezawa recently made a name for himself as a space enthusiast. He documented his three-month training to prepare for the time in weightlessness in the short message service Twitter. “It’s the toughest training ever.” He posted a picture of himself on a constantly rotating chair. “The swivel chair – almost feels like torture.”

“I have a list of a hundred things I want to do on the station, like play badminton,” he said recently. 755,000 users are already following him on YouTube. In the social networks he wants to report on his impressions in weightlessness.

Space tourism as a source of money

For the eccentric fashion entrepreneur and art collector, staying in the space station is just a first step towards much more ambitious plans. He probably wants to fly around the moon on a private SpaceX flight in 2023 and had sought companions for it in a worldwide appeal.

The hustle and bustle of space tourism should come in handy for Russia. Roskosmos wants to bring more private individuals into space in the future – and above all earn money with them. Since the US space agency NASA has been flying its astronauts to the ISS in private spaceships, there have been vacancies in the Russian Soyuz capsules. A Russian film team attracted attention in the fall, having flown to the ISS for a short shoot after just a few weeks of training.

Treats for the ISS crew

He thinks that tourist flights into space will be easier in the next few years, Maezawa said the day before his departure, according to the Russian state agency Ria Novositi. “Our job is to show how difficulties can be overcome.”

The cosmonauts of the ISS are likely to have expected the spaceship for another reason: According to Roskosmos, there were New Year’s gifts on board. Among them are letters from families and friends and “homemade delicacies”. In the total of 162 kilograms of luggage, there were also materials for research and experiments, hygiene articles, food and 13 kilograms of fresh fruit.