Asgardia: What the first space nation in human history wants to create 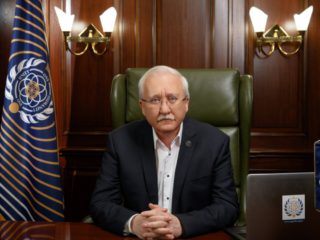 Is Asgardia a cult or a sect?

The organization firmly rejects the accusation, which has been raised again and again. In fact, there is one element that all UFO cults have that Asgardia clearly lacks: the belief in being in contact with extraterrestrial civilizations. Asgardia does not support such a narrative. Even a self-proclaimed prophet or spiritual leader does not appear at Asgardia. Politically, the organization is therefore more in line with self-proclaimed micro-nations or libertarian projects such as Seasteading, which want to establish a free state on a platform in international waters that is only guided by entrepreneurial principles.

Is Asgardia a real state?

A state can only be recognized by other states under international law. “The recognition of a state presupposes that it actually has the characteristics of a state within the meaning of international law,” writes the “Federal Department of Foreign Affairs” in an information leaflet on the subject of the recognition of states. “According to the prevailing three-element doctrine, this requires a state territory, a state people and state power (ie an independent government that is effective against outside and inside as an expression of state sovereignty).”

Both the items “population” and “government” are covered, at least in principle. Asgardia has a constitution and held its first elections in 2018. Critics accuse Asgardia founder and “head of state” Igor Ashurbeyli, it is more of a constitutional monarchy than a real democracy. Formally, however, the organization is actually open, democratic and self-determined: Everyone who pays a fee of 100 euros receives “resident status”, an “identity document” and is allowed to “participate in political life”. Whether the new state is a democracy or not is in any case irrelevant from a legal point of view.

As for the national territory, however, the situation is less clear. Asgardia launched a micro-satellite into space in 2017 that contains an SSD with 512 GB of data – photos and messages from Asgardians. However, it is questionable whether this is enough to symbolically mark one’s own national territory, so to speak.

Can Asgardia claim an area in space for itself?

The question has not been finally clarified from a legal point of view. Actually, the so-called Outer Space Treaty – officially the “Treaty on the Principles for Regulating the Activities of States in the Exploration and Use of Space” – is also known as the “Outer Space Treaty”. This treaty treats the universe in the same way as the high seas on earth.

This article is from issue 5/2021 of the Technology Review. The magazine will be available from July 8th, 2021 in stores and directly in the heise shop. Highlights from the magazine:

The aim of the 1967 treaty was to prevent the militarization of space through the establishment of military bases or the stationing of weapons. According to the treaty, space missions therefore serve “all of humanity”. According to the treaty, “space, including the moon and other celestial bodies” may not be occupied or occupied. In addition, every nation is formally legally responsible for objects that it sends into space. The Asgardia satellite is therefore subject to US law.

Whether it follows from all this, however, that no private property can be acquired in space or on celestial bodies, is a matter of dispute among lawyers. In 2015 the US government passed the Commercial Space Launch Competitiveness Act. The law explicitly allows US citizens to “commercially use” resources in space. Similar laws are being discussed in other countries such as Russia, China, Japan and Luxembourg.

Is Asgardia the only private organization committed to the colonization of space?

No. Asgardia is the only organization that wants to establish a colony on a space station. The exploration and colonization of other planets is also supported by at least two other large international organizations: The Planetary Society and the Mars Society.

The Planetary Society was founded in 1980 by the American astronomer Carl Sagan, the planetologist Bruce Murray and the aerospace engineer Louis Friedman. Although it does not work directly on plans for alien colonies, it finances the development of novel space technologies such as solar sails as a propulsion system and does public relations and lobbying in support of space activities. The non-governmental organization Mars Society, founded in 1998, is committed to the exploration and colonization of Mars. To this end, the organization also runs its own research projects.