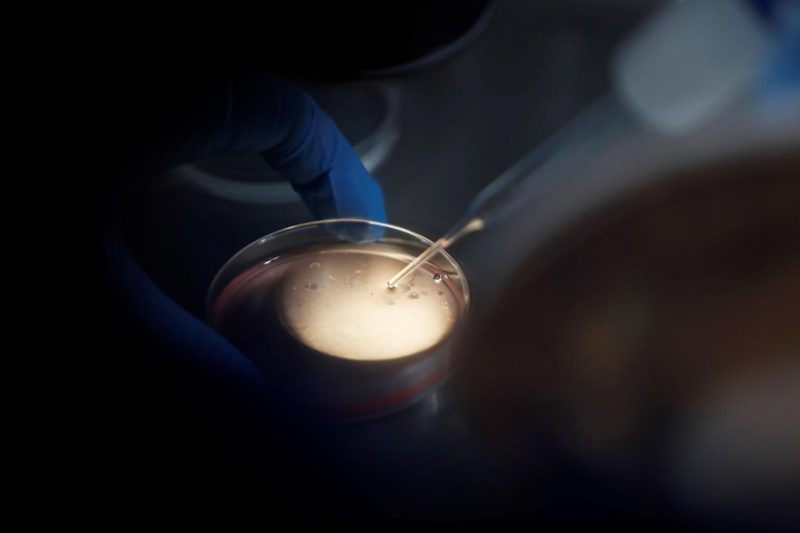 Science Newsroom, Nov 29 (EFE) .- Xenobots are millimeter biorobots created from frog cells. The same team that created them has now discovered a new form of biological reproduction so that they can self-replicate, as published today by Pnas.

The team from the universities of Vermont, Tufts and Harvard that unveiled the first xenobots assembled from frog cells in 2020 have now made this progress.

Scientists have discovered that such hand-assembled, computer-designed organisms can swim in a petri dish, find individual cells, and collect hundreds of them, the University of Vermnot reported.

The Pac-Man-shaped xenobot (Pac-Man) keeps these cells inside its “mouth” and is capable of assembling “babies” in it, which a few days later become new xenobots, which can go out, find cells and build copies of themselves over and over again.

If properly designed, xenobots spontaneously self-replicate, said Joshua Bongard, a computer scientist and robotics expert at the University of Vermont who co-led the study.

The embryonic cells in a xenopus laevis frog would develop into skin, but the team placed them in a novel context, to give them “the opportunity to reimagine their multicellularity,” leading to something very different, added Michael Levin of Tufts University.

Although the cells have the genome of a frog, when they are “freed from turning into tadpoles, they use their collective intelligence, a plasticity, to do something amazing,” added Lavin.

The lead author of the research, St. Kriegman of the University of Vermont, explained that, by itself, the parent xenobot is made up of about 3,000 cells that form a sphere.

“These can make children, but then the system usually dies. In reality, it is very difficult to get the system to continue reproducing,” he added.