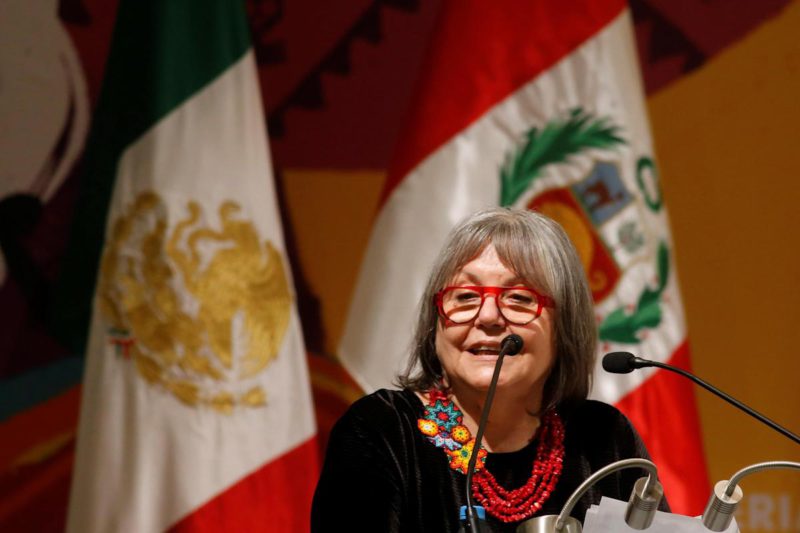 “I was always standing on the left side of the road, I have never crossed that ethical territory, today the force of the extreme right struggles to govern Chile, our community, the literary, with the entire citizenry we are working intensely to prevent a rapacious government founded on contempt, “Eltit said at the opening.

The Chilean writer received the FIL Prize for Literature in Romance Languages, formally kicking off the 35th edition of the fair, which will have a hybrid format.

Eltit, (Santiago, 1949) was recognized with this award “for a career that transcends literary conventions to dialogue with visuality, criticism, feminism, psychoanalysis and contemporary post-humanist theories”, according to the act of jury.

The author of novels such as “Mano de trabajo” (Seix Barral, 2002) and “Fuerzas Especiales” (Seix Barral, 2013) pointed out that literature has been her center and part of her life since she understood that “reality was hiding in the twists and turns of fiction “.

Eltit is the second Chilean to receive this award endowed with 150,000 dollars, together with the poet Nicanor Parra in 1991 and writers such as Lídia Jorge, David Huerta, Ida Vitale and Emmanuel Carrere, Fernando del Paso, Juan Gelman, among others.

She recalled that her first visit to Guadalajara was motivated by the award to Parra, of whom she had been a student and, three decades later, she returned to this fair to receive the award in a ceremony in which she declared the influence that the Mexican Juan Rulfo has had in their life.

“As a reader I am completely Rulfian, it is because Juan Rulfo is a reference for me, the novel Pedro Páramo is one of the most valuable works of the continent because it managed to grant a poetics to non-central spaces and turned death into an endless journey with time, “he said.