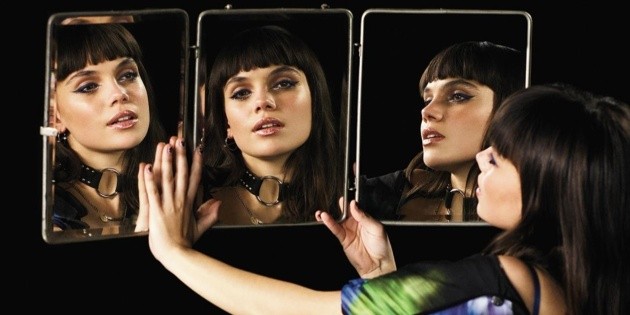 With eight new episodes, Elite it became Netflix’s big June premiere. After almost a year without giving news about its history, the original production decided to renew its season and, the fourth edition came in style with a one-week preview called Elite Week where four short stories closed the participation of characters such as those of Carla and Nadia.

So much so that the disappearance of some of the cast members of Elite, opened the door to new members such as Manu Ríos (Patrick), Carla Díaz (Ari), Pol Granch (Phillippe) and Martina Cariddi (Mencía). These four new Las Encinas students came to turn the lives of former students upside down by meddling in their legendary relationships.

However, the new student who won everyone’s hearts was Mencía, the youngest daughter of the new director, Benjamin. Rebellious, cheerful and very temperamental, this young woman was played by Martina Cariddi and, her character was one of the most beloved since, beyond her personality, she was the only one who managed to make Rebeka (Claudia Salas) see all her courage after the heartbreak he suffered because of Samuel (Itzan Escamilla) last season.

In fact, the scenes that both Cariddi and Salas starred together during the last edition of Elite were among the most talked about. Even so, the filming was not entirely enjoyable as seen during the series since, apparently, one of them was very ill at the time of recording and, it is precisely Martina.

The news of her illness, which she herself related, coincides with the suspension that the recordings suffered last European summer because of an actor with COVID. It was never confirmed who was the one who got sick, but the production did clarify that it was one of the characters. However, from what she herself said, it was nothing more than a common flu.

“My most curious anecdote is my first date with Rebeka, when we were on the roof of the Riu. We really wanted to do that scene because it was very beautiful and very emotional, but it had been postponed many times“, The interpreter began by saying in a special program of the series called” Rare anecdotes “where she shared a camera with Manu Ríos.

But, it was right after those words that the actress revealed the bad moment she was going through and, to the reassurance of many, it was not COVID. “Just the day we were going to record I got really bad. He had angina and 38 fever, but it had to be recorded yes or yes because it had already been postponed many times and it could not be delayed any longer. The doctor told us that we could not kiss because, as they were angina, he could infect it. It was a great catastrophe”, He revealed.


However, the solution that the director found was simple: mouthwash, something that was not entirely pleasant for the actresses of Elite. “What the nurses decided was that we take a mouthwash before each kiss. So it was a little nasty kisses”, He recounted laughing. So, to the reassurance of many, it should be noted that it was not COVID and that Claudia Salas managed not to get it.