Home
World
Elections in Barinas: Venezuela’s justice orders a repeat of the elections in Hugo Chávez’s native state, where an opponent won | International

Elections in Barinas: Venezuela’s justice orders a repeat of the elections in Hugo Chávez’s native state, where an opponent won | International 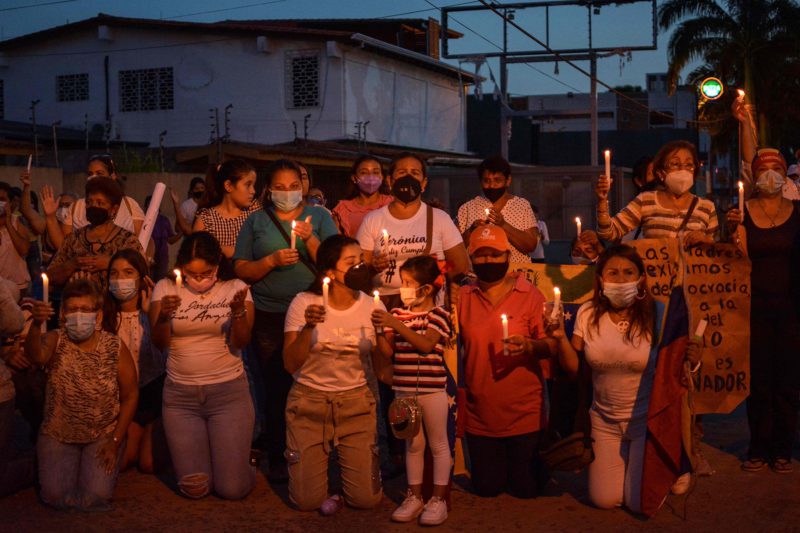 The Supreme Court of Justice of Venezuela has ordered this Monday to repeat the elections in the State of Barinas, where Hugo Chávez was born and fiefdom of the Bolivarian revolution. In that region, an opposition politician was ahead of Argenis Chávez, the commander’s brother, by about 1,500 votes. A constitutional protection suspended the process, which must now be held again on January 9. With this measure, Chavismo casts doubt on the commitment to respect the results of the regional elections and not interfere in the popular vote.

The mission of the European Union, which observed the elections, certified that there were improvements compared to the previous ones, but assured that there were still great deficiencies. The judicial system, the observation concluded, is not independent. And that is the way that Chavismo has used to stop the defeat. Freddy Superlano was ahead of the acting governor, Argenis Chávez when only three minutes remained. The opposition triumphed in eight of the 12 mayors belonging to the State of Barinas, so this result was logical. Suddenly, the count stopped. The delay on the results in this state located in the Venezuelan plains took all week, when the results had already been cleared in the rest of the country, and, as has happened before, began to produce irritation and nervousness in political circles and informative.

With the missing minutes for the clarification of the result in the hands of the Plan República, —the device for the organization of the elections, in charge of the Armed Forces, whose logistics in Barinas is the responsibility of General José Serrano Gotera— the unusual delay in offering the definitive information on the voting had already produced complaints from Superlano himself, from opposition leaders in Caracas, and even from Enrique Márquez, rector of the National Electoral Council, who with great prudence had declared “to be aware that the delay of the Republic Plan had no justification ”.

The victory of the opposition Superlano over the ruling party Argenis Chávez seemed already confirmed news this Monday morning. Chávez himself has kept silent these days and suspended his weekly radio program, while his rivals celebrated in the streets. In Barinas it was affirmed that, although there was resistance in the Armed Forces to recognize the triumph of Superlano, sectors of Chavismo in Caracas, and Argenis himself, seemed resigned and willing to hand over one of their most precious symbolic bastions.

This feeling was heightened this Sunday, after Diosdado Cabello, head of the United Socialist Party of Venezuela and one of the most radical spokesmen for Chavismo, offered unusually weighted statements in which he seemed to admit the possibility of an adverse outcome. Chavismo’s method of inhibiting the proclamation of Freddy Superlano was very similar to that used to empty the constitutional powers of the National Assembly of content once the opposition won the 2015 parliamentary elections, which would subsequently trigger massive popular anti-Chavez protests in 2017.

The Venezuelan Supreme Court decided to admit the constitutional protection filed by Adolfo Superlano – a dissident opposition leader, accused of acts of corruption, who does not have blood relations with the candidate – in which it is argued that the banned political leader had inquiries for administrative and criminal causes and he had been politically disqualified by the Comptroller General of the Republic.

Adolfo Superlano, Freddy’s homonym, is known as one of the deputies called scorpions from the previous legislative exercise: a group of parliamentarians accused of maneuvering surreptitiously in international instances to lighten the file of the Colombian businessman Alex Saab, close to Nicolás Maduro, in exchange for some perks, according to the data offered by an investigative report by journalist Roberto Deniz on the portal Armando.info

“Administrative disqualifications are absurd,” says constitutional lawyer Juan Manuel Rafalli, commenting on one of the most recurrent vices of Chavista law to suppress competitors in Venezuela. “To take away someone’s political right to be elected to a popularly elected position, a final ruling from the Supreme Court of Justice is necessary. It is an unnatural decision. The Electoral Chamber must promote the elections, defend the votes and ensure that the votes are counted. “

Although at first there was talk of appointing a governor in charge, the decision of the Supreme is to celebrate them again. The delay in the delivery of the electoral results of the regional elections on Sunday 21 in Barinas, and the rarefied local political environment, occurred in the presence of the European Union observers, Michelle Novaga and Rumiana Decheva. Many people feared that the final outburst against the opposition would take place once they left the country. The observers have decided to extend their departure.

The European Union report on the regional elections in Venezuela recognizes some concessions and institutional improvements in the organization of the consultation, but also indicates a high amount of inconsistencies and rigged procedures of Chavista legality. Nicolás Maduro recently said that these officials were “enemies of the country and spies.”

Meanwhile, Freddy Superlano, the candidate who has been deprived of his victory, has declared to his followers: “Do not leave me alone, I will defend your will. Only mobilized, and defending our rights in a peaceful way, will we be able to overcome this obstacle ”.