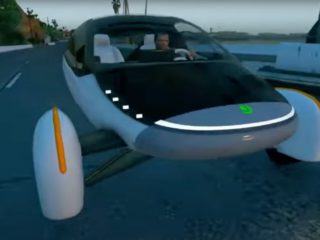 The American electric car developer Aptera, which debuted in the first decade with a low-energy vehicle, went bankrupt in 2011 and was re-founded in 2019, is presenting its new vehicle in a pre-series version shortly before the end of its beta phase.

The builders call the Sol a Never Charge Solar Electric Vehicle (sEVs). “Just as plants convert the sun’s energy during photosynthesis, Sol is designed to harvest sunlight efficiently and effectively – and does not need to be charged for most daily use,” writes Aptera.

Depending on the equipment, the vehicle will cost between $ 25,900 and $ 46,900. According to its own information, Aptera has a good 10,000 pre-orders. The Sol is expected to be delivered this year, and the company plans to increase production in 2022.

The Sol has three wheels and is streamlined.
(Image: Aptera)

The vehicle development service provider Roush is supposed to help. The turning radius, door seals and hinges are to be improved in the ongoing beta phase. In February of this year, Aptera closed a Series A financing round of $ 4 million.