Home
Entertainment
FIFA 22 vs eFootball 2022: what licenses does each game have?

FIFA 22 vs eFootball 2022: what licenses does each game have? 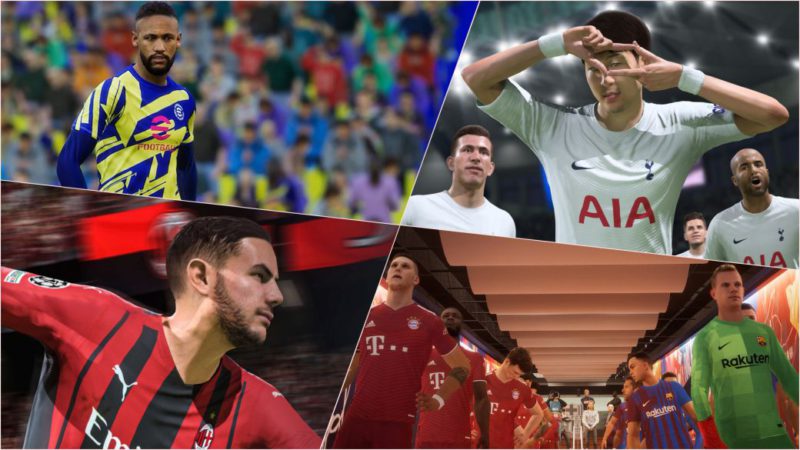 The annual competition for the crown of virtual football is back. FIFA 22 and eFootball 2022 will be played at soccer community in these last months of 2021. The search for realism not only goes through the lawn, but also through the licenses. What does each have? What teams can we expect? We review everything we know in the comparison.

What licenses does FIFA 22 have?

EA Sports offers one more year the most complete football title in terms of licenses. FIFA 22 includes 17,000+ real players across 700+ teams and 30 leagues. 100 stadiums are confirmed, including almost the entirety of the Spanish first division. But the muscle of the game is in the exclusivity with the main European leagues.

The Premier League, EFL, Bundesliga, Ligue 1 Uber Eats and LaLiga Santander they are faithfully represented, including comments, advertising, labels and more. A few deliveries ago, it was made with the rights to UEFA competitions, including the Champions League, Europa League, the European Super Cup and the recently launched Europa Conference League. And if we go to the other side of the pond, CONMEBOL Sudamericana appears.

Other international leagues are present with their clubs in full, although not with the thoroughness that was discussed. We refer to the MLS, the Süper Lig of Turkey and the Eredivisie of the Netherlands, among many others. There is a small parenthesis in Serie A, and that is that the agreement transcended on September 10. We will see 16 Italian clubs with official license, but the remaining four will continue to be linked to the contracts they have with third parties (eFootball). We refer to Piedmont Football (Juventus of Turin), Roma FC (AS Roma), Bergamo Calcio (Atalanta) and Latium (Lazio).

We leave you with links of interest:

What are the eFootball 2022 licenses?

Konami follows the line of deals seen in Pro Evolution Soccer. On September 30, 2021, eFootball 2022 will begin its particular season with a selection of 9 authentic teams:

To the list we must add some of the remaining Italian teams that will arrive later. We talk about the AS Roma, Atalanta de Bergamo and Lazio. In fact, Barça is a premium partner club with the Japanese team, so they have exclusive rights to the Camp Nou.

So far no more details about the licenses of the title have come out. During the fall update, where the first bulk of content is expected to arrive, more selectable teams will arrive. Clubs with exclusivity with FIFA They will arrive without the real kit and shield, while the players will do so with their face and full name. We will have to wait for the next dates to know the campus.