How to translate a text by taking a photo of it? These are the best apps for Android and iOS 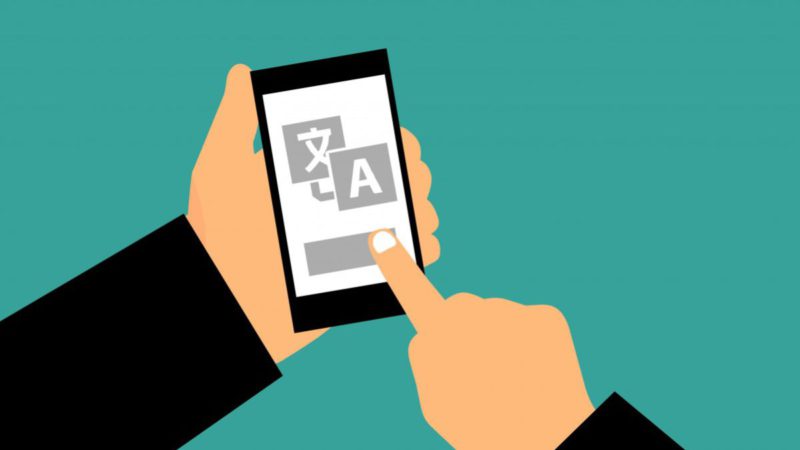 Thanks to technology, we have gone from having to look up words from other languages ​​in a dictionary to doing it online, and from there simply pressing a button. Because with current smartphones, you have a translation tool in your pocket that only needs to listen or even ‘read’ the text that appears in a photo you have taken.

Translate text by taking a photo

There are hundreds of translation applications on the Internet, but in this news we are going to give you four, both for Android mobiles and also for Apple iPhones. And we start with one that some will have installed as standard:

Able to recognize up to 88 languages -they come listed here-, Google Translate is a good option if you need to get out of a linguistic rush. With the Translator app, you can use your phone’s camera to translate text from everything around you, be it posters or handwritten notes.

That’s how it works:

You can translate the text of photos that you have taken previously, or take a new photo from the app to translate its text.

Enable or disable “Enhance what the camera captures”

When translating the text in photos with the Translator app’s Scan or Import options, the photos are sent to Google for text recognition. If you want Google to keep those images to improve the product, activate the option “Improve what the camera captures”.

Translate what is seen through the camera

In some languages, you can translate text by pointing your phone’s camera at the text. Translations of small, poorly lit, or specially formatted text may be less accurate.

Microsoft Translator is very similar to Google Translate, except it doesn’t have instant photo translations. While Google automatically gives you the translation once the target word is viewed by the camera, for Microsoft Translator, you have to press the button and take a photo before the application processes your request.

But unlike Google, which by default only has the vertical orientation of the phone, it can have both vertical and horizontal alignments. So if you have a long text to translate, you can put it horizontally before taking the photo.

Although the developers emphasize its “speech” and dictionary elements more, iTranslate has photo translator functions for the Premium version of the app. This function is called iTranslate Lens. It’s still a point and translate operation, but the great thing about Lens is that you can manipulate the size of the translation box and move it around. You may expand or shrink it so that any text inside your box is converted.

Unlike the first two apps, where the guide box is nailed to the center of the screen, in this you can drag it. And, when the translation is finished, you have the option to view the results in full screen, for an unobstructed view. Finally, point out that you have support for more than 100 languages ​​and dialects.

Although it translates far fewer languages ​​than the previous app, Papago has been specifically developed to address the complexities of East Asian languages -Korean, Chinese, Japanese, Vietnamese, Thai, etc. These languages ​​do not use the Roman “alphabet”, but have unique writing systems of their kind. Papago, in fact, was developed by Naver, a Korean search engine.

The interface of the photo-translator is very similar to the previous ones: Like Microsoft Translate, you can orient the mobile vertically or horizontally. Papago, however, solves the problem of orientation by also allowing you manually highlight with your finger which word or words you want to translate. What happens is that, after taking a photo that contains a paragraph of words, Papago will allow you to zoom in on the image and highlight the specific words that you are really looking to translate.