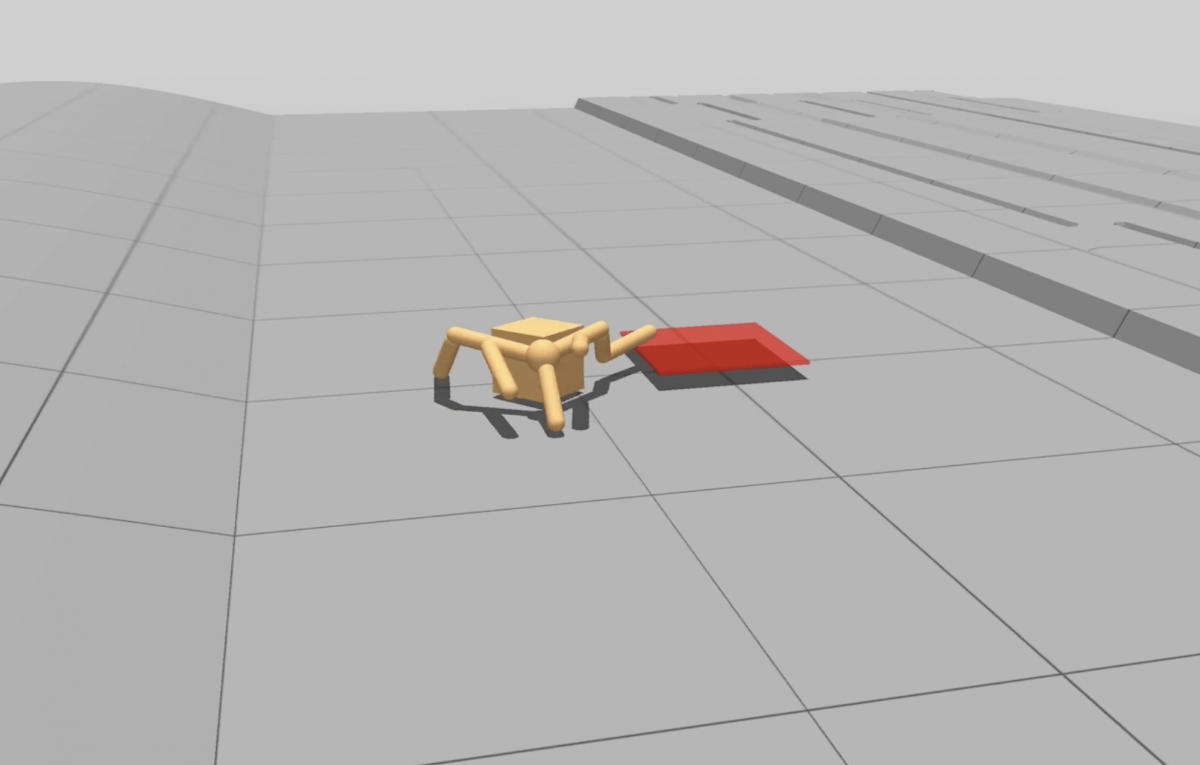 How virtual beings change their bodies to solve problems

A seemingly infinite variety of virtual creatures scurry across the display, fight their way through an obstacle park or drag balls to a given destination. These animals in the computer look like half-finished crabs formed from sausages – or maybe the “Thing”, that disembodied hand from the “Addams Family”. But these “Unimals”, as they are called by the researchers (that stands for “Universal Animals”), could help AI to develop general-purpose intelligence, an extremely adaptable artificial intelligence which research has pursued for decades.

Body and intelligence are related

Agrim Gupta from Stanford University and his colleagues (including Fei-Fei Li, who co-heads the Stanford Artificial Intelligence Lab and was responsible for developing the ImageNet image database) used the Unimals to investigate two questions that arise in AI research Often overlooked are: how intelligence is related to the way bodies are built – and how new skills can be developed and learned through Darwinian evolution.

“The work is an important step in a decade-long attempt to better understand the relationship between the body and the ‘brain’ in robots,” says Josh Bongard, who was not involved in the study of evolutionary robotics at the University of Vermont. If researchers want to recreate intelligence in machines, they could overlook things, says Gupta. In biology, intelligence arises from the interaction of body and mind. Aspects of physique – such as the number and shape of limbs – determine what animals do and what they can learn. Just think of that Fingertier, a lemur that developed an extended middle finger to search for larvae deep in knotholes.

Artificial intelligence usually only focuses on the mental part, that is, on developing machines for tasks that can also be mastered without a body. This includes using speech, recognizing pictures, and playing video games. But this limited repertoire will soon be out of date. If you put AI in a body that is adapted to specific tasks, it could make it easier for them to learn a variety of new skills. “All intelligent animals on this planet have one thing in common: their bodies,” says Bongard. This “embodiment” of the spirit is mankind’s only hope of “building machines that are both intelligent and safe”.

How the Umimals are built

Unimals have a head and several limbs. To find out what they can do, the team developed a technique called Deep Evolutionary Reinforcement Learning (DERL). The Unimals are first trained with the help of reinforcement learning to perform a task in a virtual environment, e.g. B. walking across different types of terrain or moving an object. The virtual animals that perform best are then selected and “mutated”. Your offspring will be returned to the environment where they will learn the same tasks from scratch. This process repeats itself hundreds of times: mutate and learn, mutate and learn.

The mutations to which the Unimals are subjected include adding or removing limbs, or changing length or flexibility. The number of possible body configurations is enormous: there are 10 ^ 18 unique variants with 10 limbs or less. Over time, the bodies of these virtual ephemera adapt to various tasks. Some Unimals have evolved to be able to move over flat terrain by falling forward; others have developed a lizard-like waddling gait; still others have developed tongs to grip a box.

The researchers also tested how well the evolved virtual animals could adapt to a task they were previously unfamiliar with, a key characteristic of general intelligence. Those who had developed in more complex environments with obstacles or uneven terrain learned new skills faster, e.g. B. Rolling a ball instead of pushing it like a box. The researchers also saw that DERL chose body shapes that learned faster, although there was no selection pressure to do so. “I find this exciting because it shows how closely body shape and intelligence are connected,” says Gupta.

“It is already known that certain body shapes accelerate learning,” says Bongard. “This work shows that AI can search for such bodies.” Bongard’s lab has designed robot bodies that are customized for specific tasks, such as: B. a calloused coating on the feet to reduce wear and tear. Gupta and his colleagues are expanding this idea, says Bongard. “They show that the right body can also accelerate the changes in the robot’s brain.”

Ultimately, this technology could completely change the way we think about building physical robots, says Gupta. Instead of starting with a fixed body configuration and then training the robot for a specific task, DERL could be used to develop the optimal physique for the task in the computer and then to manufacture it that way.

Gupta’s Unimals are part of a major shift in the way researchers think about AI. Instead of training the systems for specific tasks, such as For example, by playing Go or analyzing a medical scan, researchers are starting to place bots in virtual playgrounds – such as B. POET, the virtual hide and seek arena from OpenAI, or the virtual sandpit XLand from DeepMind – and let them learn how to solve multiple tasks in constantly changing, open training “dojos”. Instead of mastering a single task, the AIs trained in this way learn general skills. For Gupta, free exploration is key to the next generation of AIs. “We really need open environments to create intelligent agents,” he says.