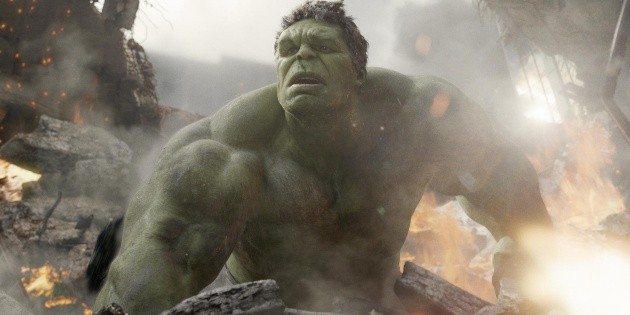 The Marvel Cinematic Universe (MCU) continues its expansion both on the big screen and through Disney+. This year, from the hand of WandaVision the first episodic fictions began to be broadcast with great results such as the fiction that they headed Elizabeth Olsen and Paul Bettany, as well as Loki and the recent appearance of “What If…?”. In the future there will be even more productions among which stands out Moon Knight.

Starring Oscar Isaac, who has already shared several videos of his intense training, everything indicates that the production will come with several surprises for the fans. The announcement of the series She-Hulk with Tatiana Maslany came hand in hand with the participation of Mark Ruffalo, but it would not be the only time in which the historical actor of the MCU be part of a series of Disney+. It seems that Moon Knight It will also have it in its cast, at least with a cameo.

On the side of She-Hulk, that Mark Ruffalo if present as Bruce Banner makes sense. After all, the figure of Jennifer Walters (Maslany) has a very close bond with the scientist who becomes Hulk. According to the world created by Stan Lee, the lawyer of the next series will receive the powers of attorney Bruce Banner after receiving a blood transfusion.

In the case of Moon Knight It is not so clear what will be his participation in the Oscar Isaac show but a photo in the networks anticipated that he could appear in this series of the MCU. Dóra Magyari shared photos on his account Instagram taken at the door of a hotel in Budapest, Hungary, a city that is often used by Marvel to shoot their productions. Dora uploaded photos with Oscar Isaac and with Mark Ruffalo, separately, so they could have coincided in the new series of Disney+.

Until this week, the movie of Hulk solo was completely forgotten. Starring Edward Norton premiered the same year as Iron Man, but it had no positive reviews. To top it off, its protagonist left and Marvel had to go out and find a replacement for Bruce Banner. Luckily for the fans, he found in Mark Ruffalo the ideal answer.


This week, “What If…?” set a large part of his episode in what was known to be the university where the events of The Incredible Hulk and he traced several scenes with great accuracy. The big difference passed through the voice of Mark Ruffalo, who was in charge of interpreting Bruce Banner in the scenes that they knew how to count on Edward Norton. Nevertheless, A.C. Bradley, the scriptwriter of the series, said that he proposed that they look for Norton and Ruffalo he couldn’t record his part, as it finally happened.