The story of the woman who appeared 65 km away. After seeing a “strong light” in the field, she was approached by national channels. UFO specialists assure that there is interest from the United States and Europe in the case.

A week after the case of the 24-hour disappearance of a woman in the town of Jacinto Arauz was known, the news generated a stir in Argentina and also aroused the interest of the United States and other countries.

The channels Crónica TV, TN and América TV were tracking data and specialists on the case this Wednesday, as well as radio stations from Buenos Aires and the rest of the country.

In addition, the alleged abduction drew the attention of investigators outside the country. “The case has not only impacted La Pampa and other parts of the country, I am receiving emails from Russia, the United States and Spain, who recognize that this is a very particular area in the world, and they are requesting information from me,” he said. Oscar “Quique” Mario, a ufologist who for more than 40 years has studied the different cases related to UFOs in the province.

The incident occurred on Tuesday, November 16, when a woman was reported missing by her husband, for almost 24 hours. The couple works in a field located about 15 km from the town of Jacinto Arauz. According to the man, his wife went out for a walk and did not return.

Teams from General San Martín, Regional Unit III and the Canes Section participated in the search for the woman.

The national media report “a strange interference” during the raking, which “began to make it difficult for the police: her phone lost connection, the trained dogs that tried to find the woman’s whereabouts walked around the house and returned , as if they lost the trail in that radius ”.

The next morning, when they resumed the search and at a time when the Police had obtained the collaboration of a private plane to fly over the area, the woman was located. He appeared around 8 a.m. on Wednesday, about 60 kilometers from his home.

Investigators reported that the woman was found by a rural police patrol in Colonia Santa Teresa, and was in a strong state of “anguish.” His state of shock was so strong that he could not speak to the authorities or his family. 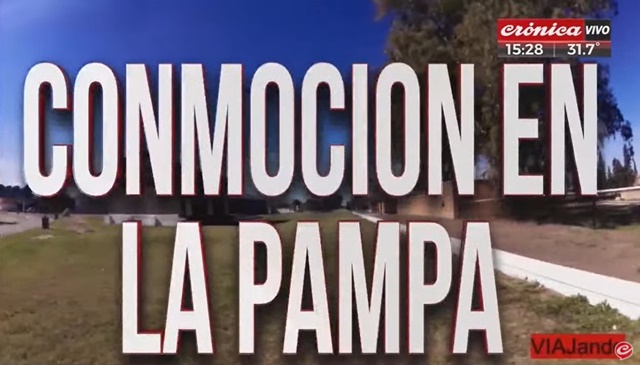 The Pampean ufologist “Quique” Mario said that the woman felt a noise that caught her attention and made her leave her house. “There he saw a very strong light and from then on he does not remember anything else,” he added.

Mario stated that it is proven that, given the condition of the woman regarding the footwear and clothing she was wearing, it is ruled out that she has made the tour on foot.
“It is impossible that he has walked all those kilometers, there are no traces of dust or dirt, nor are there any signs of fatigue that make us suppose that he could have done that. In addition, it is a person with obesity, “he said.

The other very curious fact in the story is that while the woman was missing, her relatives would have received some calls from her cell phone. “But when they answered, they did not hear their voice but rather a kind of hum or wind,” the researchers noted.

How To Watch “Rent-A-Girlfriend” Online For Free?