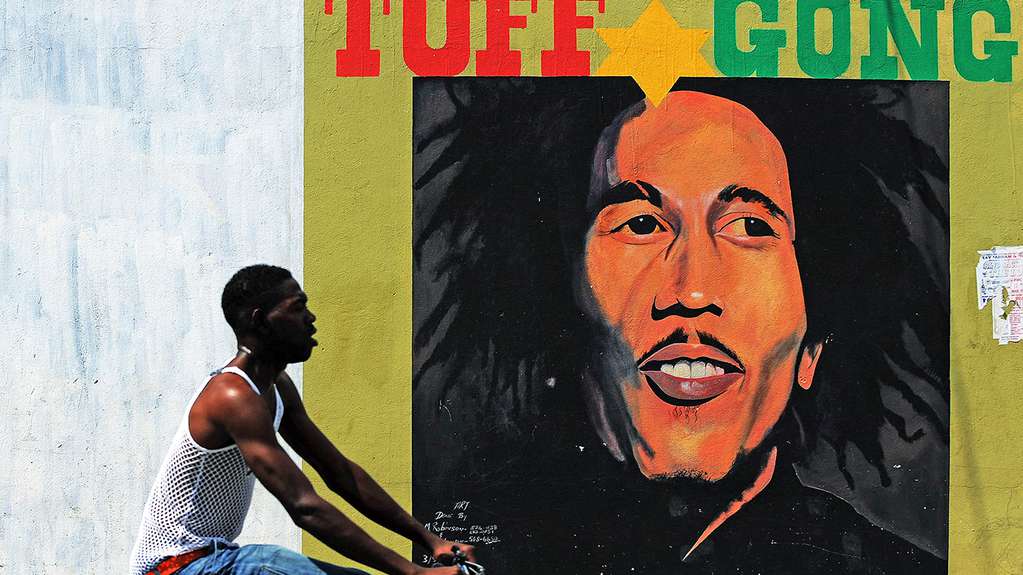 “The power of reggae music elevates, inspires and unites”, He highlighted Winnie Mandela in the speech he gave in Kingston, Jamaica, in 1992. Those words of the wife of Nelson Mandela served as inspiration to bring the International Reggae Day.

On July 1, the world remembers a style that was born on the small island and is became a vital part of the music industry. “Winnie is part of us. We identify with her struggle and record songs about her. Jamaica embraced her not only as Nelson Mandela’s wife, but also as the mother of modern South Africa, a woman who was a freedom fighter and liberator in her own right “, described a few years ago Andrew Holness, Prime Minister of Jamaica.

Andrea Davis, producer of music festivals, had a decisive role to immortalize this special date that has been celebrated since 1994. “The world loves this music, it is the soundtrack of the Jamaican brand” he highlighted in an interview with Jamaicans.com.

“It’s inspired by Winnie’s speech she gave while visiting Kingston with her husband. His message was about ‘uplifting, inspiring and uniting’ the people of South Africa in their fight against Apartheid. When this date was released, before the arrival of the internet, the idea was to mobilize radio stations in Jamaica to show the roots and branches of local music, its quality, and help the people to overcome your own fight for equality”Described the mentor who is part of a new generation that was educated around the world and experienced the impact of Jamaican culture, especially reggae, as a brand.

And he assured: “It is a lifestyle genre that, like hip hop and country, among others, has its own sound, fashion, dance, language, philosophy, cuisine, images and attitude. Jamaica’s brand identity and value are intrinsically linked to its music and culture. “

The birth of reggae

It appeared in the mid-1960s, as a derivative of ska, a musical genre that had been born in Jamaica a decade before and that had its peak within a few years with the fusion of African-American music of the time, with properly Caribbean popular rhythms, being also the precursor straight from rocksteady. It was also marked by the growing Rastafarian influence and belief in Jamaica.

The first artists to mess with this rhythm were Toots and the Maytals, with his song “Do The Reggay”, 1966. Other figures who were interested were Clancy Eccles, with“ Say What You’re Saying ”(1967), and Lee “Scratch” Perry with “People Funny Boy” (1968). Also on the list appears “Long Shot Kick De Bucket”, one of the first recordings, released by the band The Pioneers.

Without a doubt, they were The Wailers, a group formed by Bob Marley, Peter Tosh y Bunny Wailer who raised the flag of reggae and took it to different parts of the world. The first of them is a prominent figure who took Jamaican culture to the top and popularized this music thanks to his personality and strong social message.

Beyond the melodies, the marked basses, the raspy guitar, with a seductive rhythm, his style crossed borders and influenced thousands of young people around the world, mainly in the early ’80s.

An important step in establishing the style were the shows of The Wailers in London in April 1973. That same year, the group launched Burnin which had songs like “Duppy Conqueror,” “Small Ax,” and “Put It On,” along with “Get Up, Stand Up” Y “I Shot The Sheriff”. It was precisely this last song that established Bob internationally with the voice of Eric Clapton, reaching first place in the list of the best-selling singles in the United States.

In 1974, Bob Marley spent much of his time in the studio working on Natty Dread, an album that featured songs like “Talkin ‘Blues,” “No Woman No Cry”, “So Jah Seh”, “Revolution”, “Them Belly Full (But We Hungry)” o “Rebel Music (3 o’clock Roadblock)”.

A year later, Bunny and Peter would definitely leave the group to start their solo careers. What Bob Marley & The Wailers two fundamental discs would be published: Natty Dread Y Exodus. The latter was very successful thanks to “Waiting in Vain”, “Exodus” Y “Jammin”, among others.

In 1978 it came out So, who kept the level of Marley with pearls like “Satisfy My Soul” and “Is This Love?”. In turn, the disk Uprising (1980) stood out for “Could You Be Loved?”. The group got on the plane for a great world tour; in Milan they played before 100 thousand people, a record. Marley returned to the United States, where he gave two concerts at Madison Square Garden as part of the Uprising Tour. Shortly after that, his health deteriorated considerably.

In the late ’70s, Bob, a football fan, suffered a blow to the toe, at a game with French journalists, before his shows in Paris. The musician had severe pain in his big toe. In a clinic they detected a tumor. He continued with the tours, but the pain was constant. The cancer had spread throughout her body. He began a treatment based on avoiding certain foods, drinks and other substances.

During the flight from Germany, his vital functions began to fail. When the plane landed, he had to be rushed to the hospital. Died in the Cedars of Lebanon Hospital, now Miami University Hospital, on the morning of 11th of May, 1981, at the age of 36.

His Reggae Influence on Argentine Music

Since the early ’80s, a little hand in hand with the new wave, this Jamaican style arrived in the country. We can find it in songs of The grandparents of nothing, as in “Tristeza de la ciudad” or in “Chalaman”. Other groups that adopted a certain reggae sound were Alphonso Surrenders. Sumo also fused it with post punk rock.

In the middle of that decade, proposals more marked by this style appeared, such as The parrots, La Zimbabwe Reggae Band Y The CAFRES, these last two are closer to the “root”. The presence of the leader of The Wailers was fundamental for the development of these proposals.

In order to Guillermo Bonetto, singer of The CAFRES, Bob Marley’s influence is very strong. “A lyric so powerful, so subtle and so in the face at the same time. Musically it is impressive. In his work we can study his orchestration, the bass line, the drums. He surrounded himself with incredible musicians ”, highlighted La Viola.

“One can argue that we don’t understand the local language or idioms, but we share so much with Jamaicans. The sound of songs is so universal that sometimes you don’t need to understand the lyrics. It’s like his music refloats by times and recovers a magnitude that seems unsuspected; every time it grows more ”, added the artist on the figure of Marley.

La Zimbabwe (in the ’80s called La Zimbabwe reggae band) was another of the groups influenced by Marley’s music. “Not only because of the musical fact, the particularity and exquisiteness of his music, but because of the social burden that his lyrics have, his message, and his attitude of disseminating, he became a communicator of the social, political and racial problems,” he said. Chelo ”Delgado, singer and guitarist of the band.

“Marley – he continues – turned on the alerts and many people echoed his message. He always showed a lot in his songs the reality that happened and happens in the world. The great weight that it carries beyond its artistic value has to do with the social and political side. There is also a large share of religious and philosophical culture ”.

In Argentina, curious young people like Néstor Ramljak They were influenced by Rastafarian sounds to the point that after listening to it he decided that his would be music, today he has led the band that is ready to release its new material for 25 years.

“It was the crush, the soloist I wanted to have a band forLearning his songs on my Creole guitar and researching his lyrics opened a door for me to a world that I still embrace. I admire him a lot”, He told La Viola Néstor when referring to his idol.

On the influence of his songs in the country, the musicians said: “I think the impact that Marley had on national music was moderate, many were late to discover it. But, in the ’80s there was a band explosions that they generated songs in reggae format in their repertoire ”.

“Legend It was an extremely important album for the diffusion of the genre, ”he said. Sergio Colombo from Natty Combo and saxophonist from The Fundamentals of Air Conditioning, the band that accompanies Indio Solari. He was 9 years old when Marley died and his music ran through his history. “I was 14 years old and ‘Three little birds´ it was one of the first two reggae that I heard in my life. Then a friend lent me the album Leyenda on vinyl, ”recalled Colombo.