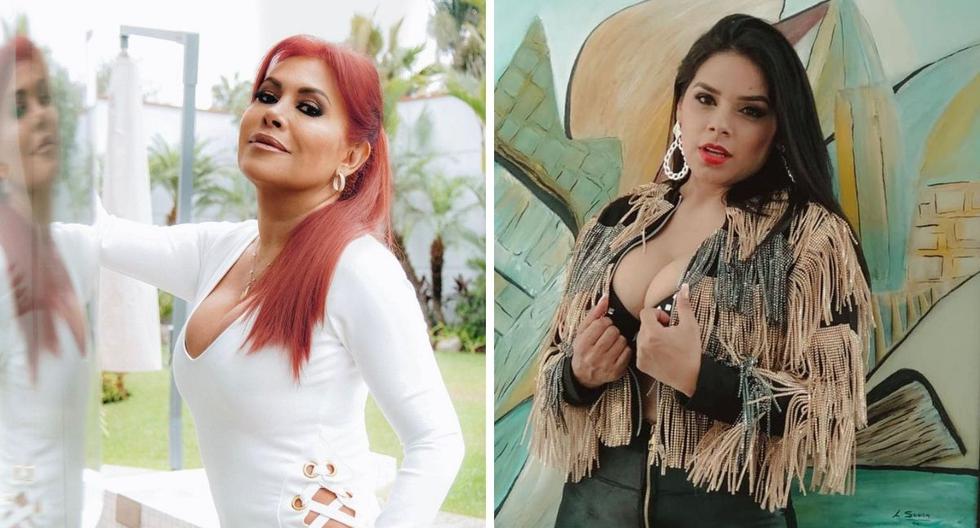 Magaly Medina on the accusation of Giuliana Rengifo against Tomás Angulo: “It was collateral damage from an attack against me”

Magaly medina He again referred to the serious accusation that Giuliana Rengifo launched against Tomás Angulo, and invited the well-known therapist to his program to explain why he decided not to continue with the lawsuit against the cumbia singer, who hinted that she felt harassed when went to his therapy.

The popular ‘Urraca’ considered that this serious complaint is the product of an attack that was initially directed at her.

“Tomás, you have been defamed in the media. I feel like it was collateral damage from an attack on me. I feel under a moral obligation to make amends to you “, began by pointing to the presenter of “Magaly TV: La Firme”.

Medina also launched strong criticism against the former member of “Agua Bella” after she questioned the professionalism of Tomás Angulo and was subsequently forced to offer him a public apology.

“It is not so surprising in someone who seems to change his testimony several times. (…) You cannot muddy a person who has nothing to do with it, and who has a career, so lightly. There are people on television who sometimes speak without thinking, because they believe that no one is going to sue them”, he questioned.

At another point in the interview, Magaly asked the camera director to remove Giuliana Rengifo’s photo from the screen. “Oh, please, take away that image (of Giuliana Rengifo), leave me with the image of Tomás because the one who has been offended is Tomás and his reputation,” he refuted.

For his part, Angulo said that, after the rectification of the artist, he was able to understand what her motivations would have been for making this serious complaint without any support.

“I could understand something, for a person to invent a lie it must be light, misguided or poorly adviseda ”, he pointed out. ¿The pathological liar? The popular ‘Urraca’ asked him, to which the specialist said that it was not his job to say that about her.