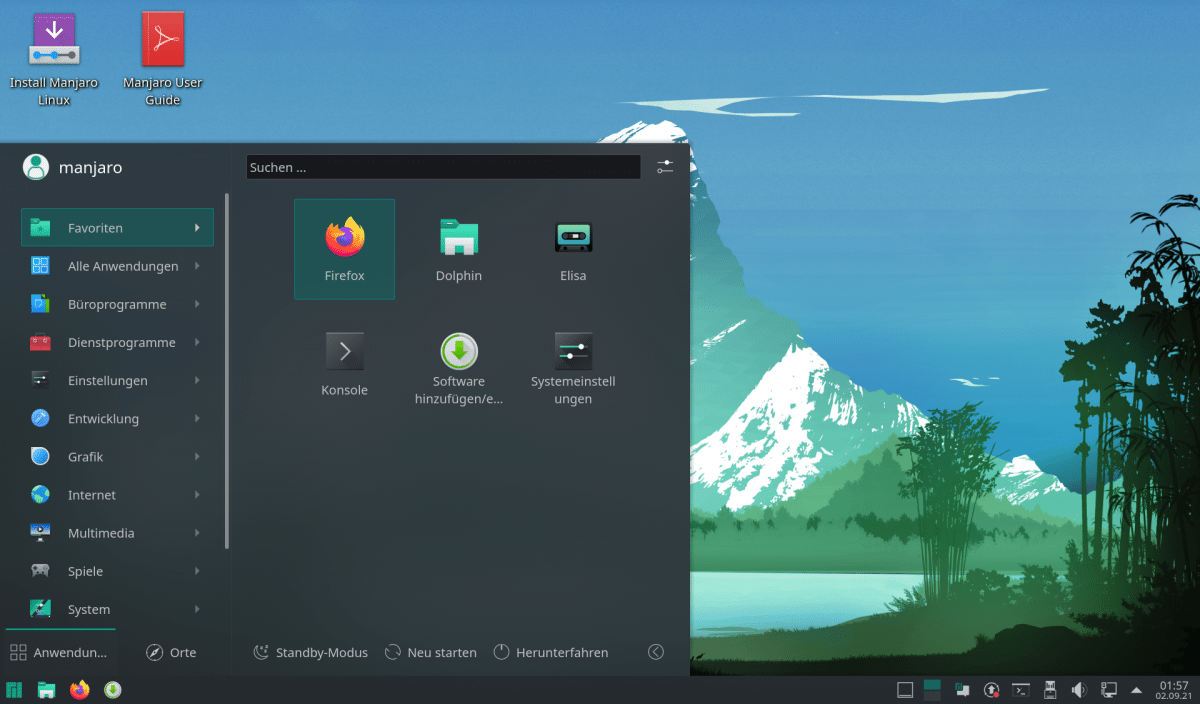 The Gnome edition of Manjaro Linux delivers Gnome 40 without major changes – the Manjaro team wants to stay as close as possible to the upstream versions. However, the Gnome developers have revised the user interface of the Gnome Shell in version 40, which some users do not like. Manjaro Linux 21.1 offers its own legacy layout for them, which simulates the operating concept of Gnome 3.38. In addition, the Manjaro team has ensured that all layouts contained in their own layout switcher also work under Gnome 40. There you can change the arrangement of the control elements such as the main menu and taskbar, for example in the classic way as in Windows or based on Ubuntu Unity.

The Plasma edition of Manjaro Linux includes KDE Plasma 5.22 with KDE Framework 5.85. The collection of KDE applications is now called KDE Gear and is available in version 21.08. With recent improvements to the design of the Plasma desktop, Manjaro developers are pleased that the desktop is smoother and more consistent. The Manjaro developers have adapted their own KDE theme for Pahvo; the chat client Konversation and the media player Cantata are no longer installed. The latter was replaced by Elisa.

The Xfce edition had already been updated to Xfce 4.16 with Manjaro 21.0. Manjaro 21.1 does not bring any noteworthy changes here. There are also other desktops in the community editions without official support.

Pahvo is shipped with the Linux 5.13 kernel. A release candidate for Linux 5.14 can be installed via the unstable package sources.

The Manjaro team has also further developed the Calamares installation program for Pahvo. Among other things, the file system selection for automatic partitioning and the support of the Btrfs file system have been improved. For systems with Btrfs, the developers have also adjusted the default scheme for subvolumes so that rollbacks are easier.

With c’t 20/2021 you are one step ahead of hackers: With our checklists you can secure your smartphone, computer, WiFi router, online accounts and much more. It’s easy and usually only takes a few minutes. Also in the booklet: Windows 11 in the hardware check, concepts for hybrid conference systems and the best broadband tariffs for the fixed network. You will find issue 20/2021 from September 10th in Heise shop and at the well-stocked newspaper kiosk.