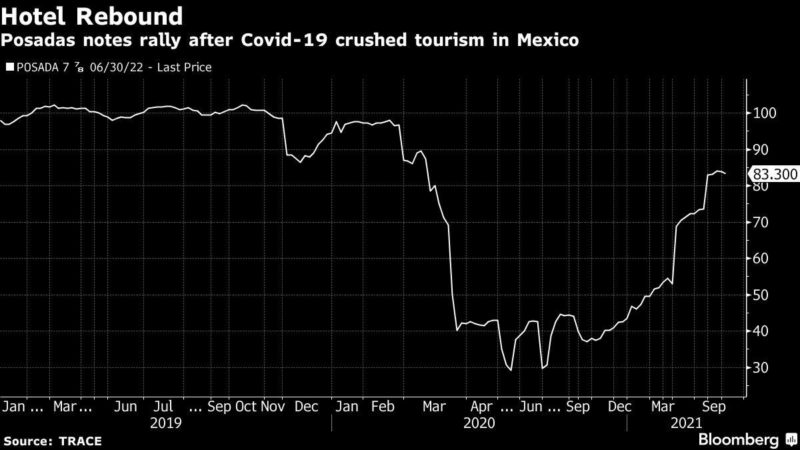 The request allows Posadas to continue operating while seeking judicial approval of a restructuring plan. Neither suppliers nor clients will be affected by the application, according to a statement, and the company aims for the bankruptcy process to be concluded within 60 days.

“The preliminary agreement has already been agreed by the bondholders,” said Omar Zeolla, a strategist at Oppenheimer in New York. “It accelerates the completion of the restructuring and is favorable for bondholders who receive a new guaranteed bond.”

Posadas owns, rents or franchises nearly 30,000 hotel rooms in Mexico, mainly in urban areas, according to the statement. The company has faced difficulties under the weight of about $ 400 million in debt, a dynamic that has been exacerbated by COVID-19, according to court documents.

The company plans to extend the maturities of the outstanding notes for more than five years and, in return, grant those creditors requests on Posadas’ assets. Under the plan, low-ranking debts, such as amounts owed to providers, will not be affected. Existing stocks, a rarity in bankruptcy cases in the US, will be reinstated.

“It’s probably the right solution for now,” said Roger Horn, a senior strategist at SMBC Nikko Securities America in New York. “If it doesn’t work out, they could always come back with a more severe restructuring in a few years if necessary.”

Posadas’ debt worsened in early 2020 when Covid-19 impacted tourism, but it has recovered. Since defaulting on a $ 15.5 million payment in interest on June 30 last year, the company’s notes have been recovered. Bonds maturing in 2022 have risen nearly 54 cents on the dollar to around 84 cents amid booming Mexican tourism as Latin America’s second-largest economy takes advantage of the return of travelers to Mexican beaches.