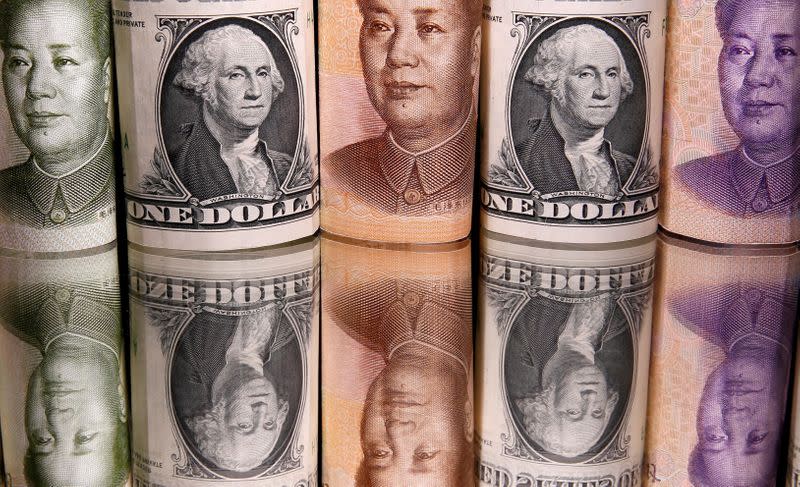 Nervousness over Evergrande drives the dollar with investors seeking refuge

LONDON, Sept 20 (Reuters) – The Chinese yuan fell to three-week lows on Monday, dragging down other risk currencies and commodities as concerns over the solvency of property developer Evergrande spooked financial markets, while the The dollar, considered a safe haven, was rising.

* On Friday alone, the yuan reached its highest level in three months, at 6.4297 units per dollar. The currency’s steep slide on Monday followed warnings from Chinese regulators that Evergrande’s insolvency could trigger broader risks in the country’s financial system if it does not stabilize.

* Evergrande has been struggling to find funds to pay off its many lenders, suppliers, and investors. This week is the deadline for the company to pay interest to its creditors.

* The yuan’s fall to 6.4698 per dollar – its lowest level since August 31 – also weighed on the Australian dollar, the New Zealand dollar and the Norwegian krone, which reached lows or levels close to three-week lows.

* The Japanese yen strengthened 0.2% to 109.72 units per dollar, although it was not enough to prevent the dollar index from benefiting. The British pound, which also correlates with risk perception, was down 0.5% to a four-week low of $ 1.3662.

* “Currency markets start the week nervously, with the biggest threats coming from the difficulties of Chinese real estate developer Evergrande and Wednesday’s meeting of the FOMC (Federal Open Market Committee),” said Francesco Pesole, currency strategist at the G10 at ING.

* “There is also a tight Canadian election today, in which a failure to obtain a clear result may not help an already pressured CAD, as the commodity complex feels the strain,” he added.