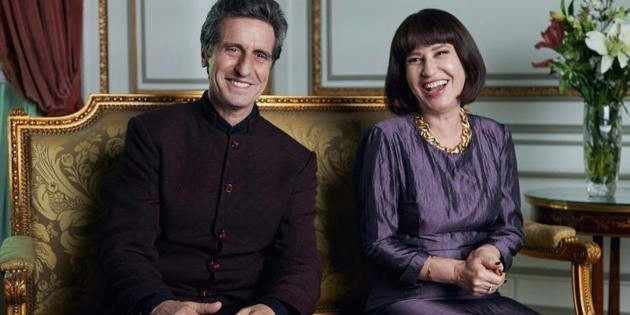 Netflix confirms a second season of The Kingdom

Two weeks ago, more precisely on August 13, Netflix launched with an Argentine product. The kingdom, a series of eight chapters, led the platform to reap great success worldwide. Created by Claudia Piñeiro and Marcelo Piñeyro, the strip encompasses drama, mystery, action, politics and religion, a mixture that has already been seen on several occasions in the field of Argentine fiction, but now has a different flavor.


The creators, on this occasion, used points that are out of the ordinary, especially due to the tense political moment in the country. Starring Diego Peretti, The kingdom it became a rage since it covers very real situations and has a staging, with aerial shots of the city of Buenos Aires, which is worthy of admiration. It also went beyond the perfect when it came to recreating religious temples.

So much so that, with the good reception of the public, especially those who know exactly the Argentine situation, Netflix decided to renew the strip for one more season. It is still unknown how many chapters it will have, but The kingdom He will return to learn more about the future of Emilio Vázquez Penna and his family.


“Our members have enjoyed The kingdom and its incredible characters, so we will continue to investigate this rich and complex universe in a second season”Announced Netflix Latin America. With this, Argentina is repositioning itself in the industry after a strong stoppage due to COVID 19 and the creation of Piñeiro becomes one of the few strips that the platform did not take long to renew.

It should be noted that, just as it happened with Who Killed Sara, the streaming giant set aside the 28 days it takes to evaluate public reception and renewed it with only two weeks of release. But, it is still unknown when the filming will begin so, most likely, the new edition will arrive at the end of this year or the beginning of next year.