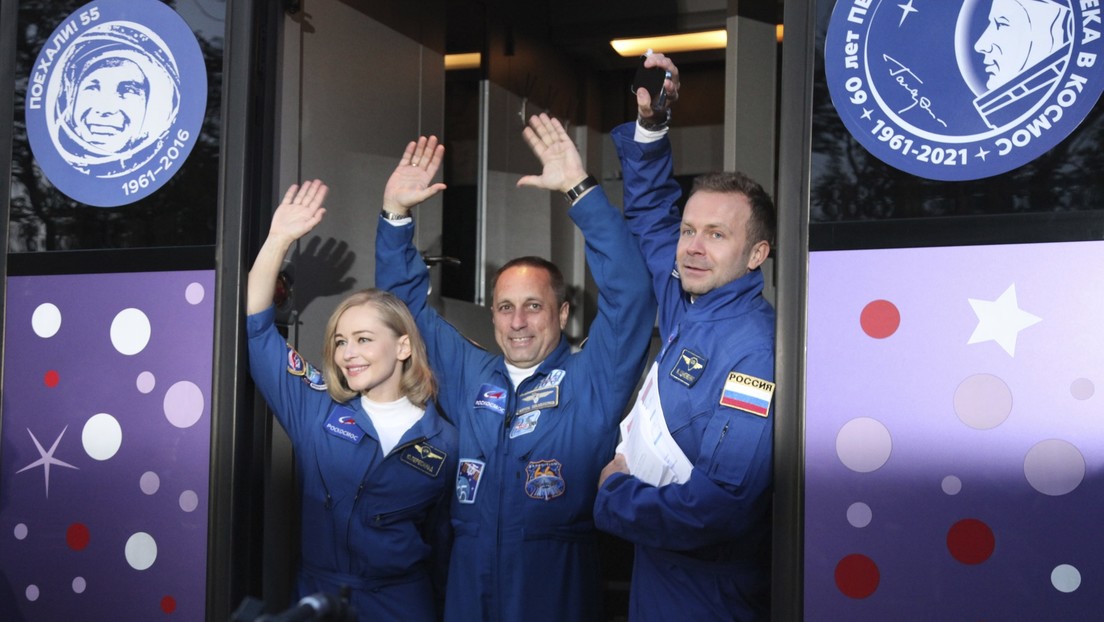 Odyssey ‘cinema’ in space: This was the filming of the first movie in orbit

Actress Yulia Peresild and film director Klim Shipenko returned to Earth this Sunday after spending 12 days on the International Space Station (ISS) recording scenes for the first film shot in orbit. Since the unusual mission was announced, it was a great challenge for the crew and coordinators, in tune with the title of the space drama, which is entitled ‘Challenge’ (‘Challenge’, in Russian).

Directed by the Russian filmmaker Climb Shipenko, the film tells the story of a doctor who is forced to travel to the orbital platform to save the life of a cosmonaut, despite having only one month to prepare for the risky mission.

On May 13, it turned out that Yulia Peresild, chosen from more than 3,000 candidates, got the role after passing the artistic and medical tests. Before the trip, Peresild and Shipenko had to go through tough training, always showing their determination to go ahead with the mission. Proof of this is that during training the director lost 15 kilos.

Other members of the Russian ISS crew, Oleg Novitski, Piotr Dubrov and Anton Shkáplerov have also participated in the filming of ‘Výzov’. “Klim occasionally changes the script, it makes my role more difficult”, revealed cosmonaut Anton Shkaplerov. “It’s not easy for us ‘amateur’ actors, but we do everything we can,” he adds.

After obtaining authorization from a medical commission, Shipenko and Peresíld arrived at the ISS on October 5, together with Anton Shkaplerov, aboard the Soyuz MS-19 spacecraft, which took off from the Baikonur cosmodrome and flew for 3 hours and 31 minutes to reach the space platform. However, since the Soyuz MS-19 could not dock with the ISS automatically, cosmonaut Shkaplerov had to resort to manual coupling. Once on the ISS, the cosmonaut and the crew were greeted by the commander of the space station, Thomas Pesquet, and other members of the crew.

“It is impossible to believe what is happening”, confessed Shipenko arriving at the station.

However, as the head of Roscosmos, Dmitri Rogozin, pointed out, it is not a tourist trip, since the Russian actress and director “are working all the time, even to the detriment of sleep” to film some 40 minutes screen time.

Likewise, the film crew took advantage of their stay at the ISS to observe and help with the daily tasks and various experiments, as well as the diagnosis of the correct operation of the platform.

The return of the Russian film crew to Earth was threatened two days ahead of schedule, when the ISS temporarily lost orientation due to the diagnosis of the engines of the Soyuz MS-18 spacecraft. The crew managed to keep the situation under control and regained orientation by shutting down the engines on the Russian segment of the orbital platform.

Therefore, Shipenko and Peresíld were able to safely return to Earth this Sunday aboard the Soyuz MS-18 spacecraft that landed at 4:35 UTC in the vicinity of the city of Zhezkazgan in Kazakhstan.

It is estimated that the Russian director and actress may need a recovery period of about 10 days, during which they may experience movement difficulties or fluctuating blood pressure. “I think that in a week they will be in shape. On the eighth day they can go on stage”, joked the deputy head of the Cosmonaut Training Center, Oleg Kononenko.

“I think now, without a doubt, the opportunity to use the language of cinematography, not only documentary cinema […] in other space missions “, express Rogozin. “As long as humanity exists, it will always aspire to this expansion in space“, assured the head of Roscosmos.

The film, which has been described as a educational scientific project, opens in 2022.