Outside the system: why Argentines have a multimillion dollar figure “on the mattress” 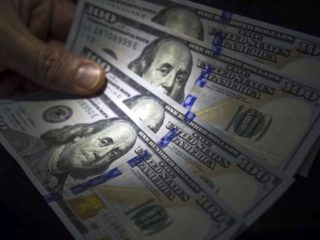 Son billions of dollars: almost 100 times the deferred payment of the debt to the Paris club, almost 5.5 times what is owed in full to the International Monetary Fund and almost six times the reserves of the central bank. That’s how big is the number that Argentines keep outside the system: in safes, in the mattress, in the attic or in the basement, and even in accounts abroad. In other words, outside of local banks.

The number broadcast by the National Institute of Statistics and Censuses (Indec) this week it is “exactly” US $ 250,374 million. The quotation marks will be explained later.

// The Government extended the maturity of the monotax to mid-July

Those almost US $ 250.4 billion are almost US $ 900 million more than at the end of 2020. In fact, it has been growing for a long time: in 2006, that stock did not reach US $ 100 billion. Almost 15 years later, the story is quite different. In the middle, and far from the 2001 crisis, which was a great trigger for dollars outside the system, There were currency traps, devaluations and currency crises that increased the flight out of fear.

In addition, the number is infinitely greater than what Argentines keep “Inside” the system, that is, in their dollar accounts at banks. They are US $ 18,758 million, according to the Central Bank.

A clarification about the quotation marks: the economists consulted agree that the number of dollars outside the system is approximate for several reasons. The main one, because there are many dollars that They never went through the system that were never declared and, therefore, are difficult to follow. Fernando Marull, partner of the consulting firm FMyA explains that Indec elaborates this figure indirectly: “Estimate how many dollars the Argentines have here, how many the US Federal Reserve sends, and how many are falsified: the calculation has limitations,” he points out.

“It is not about a fever for the dollar, but a mistrust in the peso and in the Argentine financial system “, says Matías Rajnerman, chief economist at Ecolatina. He assures that a large part of those dollars is in accounts abroad, generally those of middle-aged or elderly people with high purchasing power, who “take” money abroad for fear of another crisis.

To put it in perspective: a 60-year-old Argentine woman will have experienced, as of June 23, 2021, a salary freeze, a “Rodrigazo”, hyperinflation, a Bonex plan, convertibility and exit with a sharp devaluation, a default and successive jumps exchange rates and high inflation rates that were undermining their confidence in the local currency.

“The reason for this number is the Argentine monetary history: hyperinflation, default, confiscations in banks”, says Fernando Marull, partner of the consulting firm FMyA. Jump to a few years later, the present is not too promising: “The economy has not grown for 10 years, there is no economic program and the prospects are poor for the future: economic failure is the moment of dollarization of Argentina” points out.

Juan Ignacio Paolicchi, analyst at the consulting firm Empiria, adds a piece of information to understand the preference for “green”: In the last 110 years, betting on the dollar was more profitable than betting on the peso 75% of the time. “If you look at the rate paid for a fixed term, you see that it is systematically lost against inflation,” he details. “The system many times harmed those who trusted: many people ‘took’ their money abroad because they feel calmer,” he says.

But all is not lost: Rajnerman points out that the number has remained relatively stable for some years, which indicates that, although Argentines still do not believe in the peso, they do trust more in a financial system that was strengthened after the 2001 crisis with regulations that helped it. “It would be good if those dollars ‘come’ to Argentina, but until we reestablish confidence there will be rumors in each exchange run: we are not doing our homework to reverse this dynamic, but not to increase it much,” he concludes.