Home
Technology
Plastic Popcorn: How Microplastics Can Be Fished From Wastewater

Plastic Popcorn: How Microplastics Can Be Fished From Wastewater 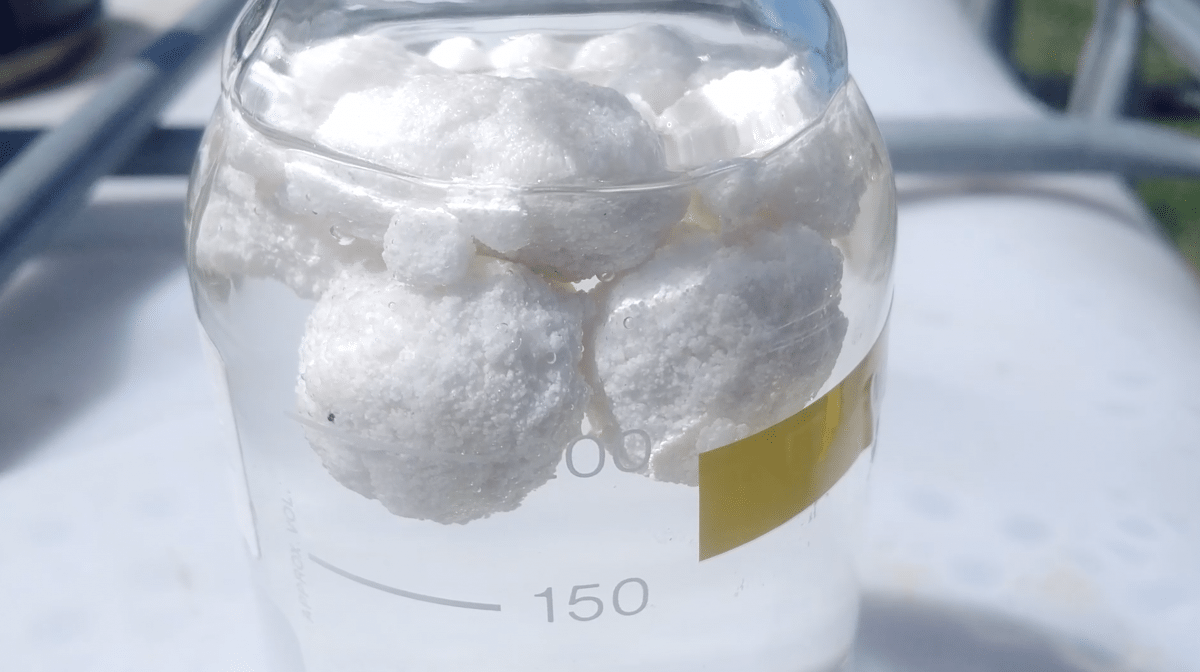 A non-profit greentech start-up from Karlsruhe called Water 3.0 has developed hybrid silica gels that use a physicochemical process to bind microplastic particles to their surface. They form fluffy agglomerates that look like popcorn. The hybrid silica gel acts like an adhesive on the plastic particles. This microplastic popcorn floats on the surface of the water and can be easily fished off with a sieve or vacuumed from the surface.

The more time the silica gel has to act, the larger the lumps will be. The researchers from Karlsruhe tailor the formulations for the hybrid silica gels for the respective wastewater. It should also be possible to bind other types of pollutants to the silica gels and thus to remove drug residues, pesticides or perfluorinated and polyfluorinated chemicals from water.

A study by the “International Union for Conservation of Nature” (IUCN) shows that there is theoretically a lot to be done for hybrid silica gels in sewage treatment plants: about 35 percent of microplastics in the seas come from our washing machines, so to speak. With every wash, the cozy fleece sweater, running jersey and all other items of laundry made of plastic lose fine fibers that the sewage flushes into the sewage treatment plant. There, up to 99 percent of the microplastics are filtered out in the first three clarification stages – the rest, however, flows into the oceans. Some of the captured particles are also released back into the environment: sewage sludge is still used as agricultural fertilizer. The phosphate enriched in sewage sludge is an indispensable but rare nutrient for cultivated plants.

A small amount of the gel will do

With fine-pored membranes, galvanic deposition processes and coagulation – for example using ultrasound – microplastics could already be removed almost completely from the wastewater. However, sewage treatment plants would have to be extensively converted for all of these processes. They are also energy and maintenance-intensive. With the technology of Wasser 3.0 only a small amount of the hybrid silica gel solution has to be added to the water to be purified. About 50 milliliters of hybrid silica gel suspension are sufficient for a 2,000 liter test reactor.

The Wasser 3.0 method has been tested in a long-term pilot test since the summer of this year. For twelve months, the people of Landau clean their municipal wastewater in a fourth purification stage with hybrid silica gels. The Wasser 3.0 team is already thinking one step further: They also see their process as an option for cleaning industrial wastewater, rivers, lakes or the open sea.