Home
News
Scientists suggest that ‘mysterious’ footprints from 3.7 million years ago found in Africa could belong to an unknown hominid

Scientists suggest that ‘mysterious’ footprints from 3.7 million years ago found in Africa could belong to an unknown hominid 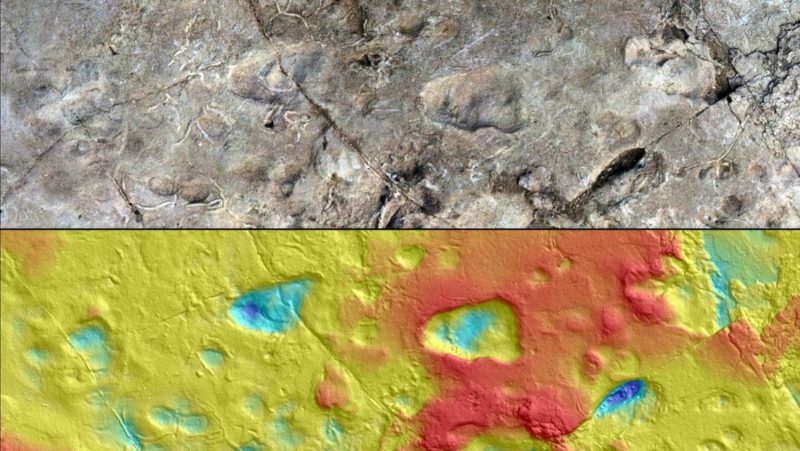 An international team of researchers has found new evidence to suggest that the series of five ‘mysterious’ fossil footprints discovered in 1976 in Laetoli, Tanzania by well-known British anthropologist Mary Leakey, were probably left by an unknown bipedal hominid some time ago. 3.7 million years, and not by a bear or another type of animal, as some scientists put it.

According points out the University of Dartmouth (USA), the fossils in question were located in the Laetoli A deposit, close to G, where in 1978 Leaky discovered a set of footprints associated with ‘Australopithecus afarensis’, considered as the “evidence oldest unequivocal of the upright gait in the human lineage. “

Despite the fact that the fossils were discovered in an area and in the same stratum in which other primitive hominid remains have been found, due to the sequence of the marks, their size and the irregular shape they present, the researchers suspected they were left behind. by a young bear that walked upright on its hind legs, so they were of no interest to the British anthropologist.

After analyzing a series of 3D images and impressions of the footprints, the academics were able to identify heel and thumb marks, which matched the distinctive proportions of primates. In the same way, the scientists compared the biomechanics of the gait of a group of young black bears with that of modern humans and chimpanzees, discovering that the shape, depth and proportions of the impressions left by the animals when walking, do not correspond to that of the Laetoli fossils.

Considering the area and the stratum in which they were found, it is suspected that the footprints could have been made by young Australopithecus afarensis; However, this hypothesis is weakened by the morphological differences between the excavated remains from site A with those recovered from G and S, opening the possibility that they belong to another species, so it is necessary to continue with the investigations to determine exactly to what class of hominid they correspond.

“Thanks to this study, we now have conclusive evidence from the footprints at Site A that there were different species of hominids that walked bipedally in this landscape, but differently on different feet,” commented Jeremy DeSilva, co-author of the article published this Wednesday in Nature, in which the results of the research are detailed.