Home
World
The Ibex 35 corrects up to 8,700 points after five sessions of increases

The Ibex 35 corrects up to 8,700 points after five sessions of increases 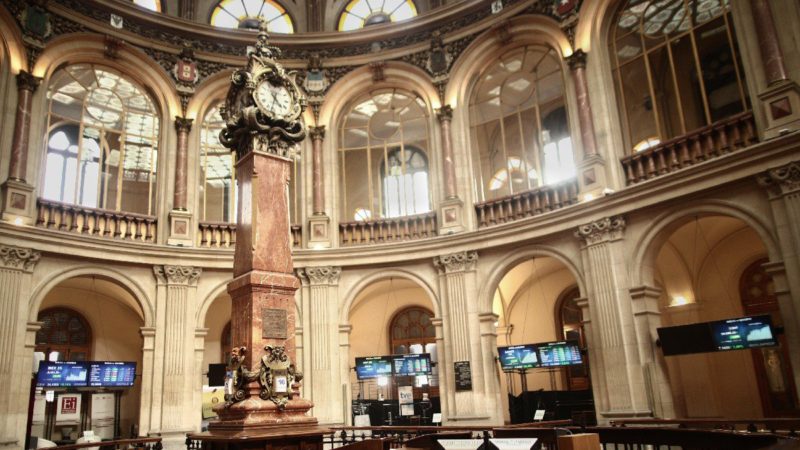 After five consecutive sessions of climbing, the Ibex 35 makes a stop along the way. The selective of the Spanish Stock Exchange loses around 0.75%, just up to 8,700 points in a session in which several listed companies have presented their quarterly results or have reported corporate operations. The declines in Asian stocks and the declines in Wall Street futures put further pressure on European equities.

The Ibex 35 fell 0.74%, to 8,710.20 points, again with the focus on the meeting of the US central bank, as well as on the publication of the results of important companies. In the Spanish Stock Exchange their figures are published, among other companies, several securities included in the selective, such as Endesa, Enagás, Naturgy, Ferrovial, Indra and ACS.

Endesa obtained an ordinary net profit of 832 million euros in the first half of the year, which represents a 26% drop compared to the previous year, due to the strong rise in raw materials, especially gas, and due to the average price of CO2 emission rights, which has led the price of electricity in the wholesale market to double, on average, compared to the first half of 2020.

In the same period, Enagás obtained a net profit of 213.1 million euros, 9.8% less compared to the same period of the previous year, in its case due to the lower remuneration on the gas transmission network in Spain by the entry into force of the new regulatory period (2021-26).

In addition to the business results, this Tuesday some corporate operation was known in the Spanish market, such as the sale of Naturgy of its electricity grids business in Chile to the Chinese state company State Grid International Development Limited (SGI) for 2,600 million euros, after successfully completing the OPA launched by the Asian firm as the necessary and last step to finalize the sale operation.

Secondly, Ferrovial will achieve capital gains of approximately 317 million euros after the sale of the Environment business in Spain and Portugal to PreZero International, a Schwarz Group company, within the framework of the divestment process of the group’s Services division. The operation represents a company value of 1,133.5 million euros, including equity and debt.

The New York stock market turned a session that had started in the red and managed to link its second consecutive day of records, with investors more concerned about the results of technology than about the epidemiological situation.

The electric car giant Tesla reported, after the close of the session, that it has reached a net profit of 1,142 million dollars in the second quarter of the year, which represents an increase of 998% compared to the previous year, closing the three most profitable months in its history .

This Tuesday, also with the day completed, three of the largest US companies will announce their quarterly results: Alphabet (parent of Google), Apple and Microsoft. “In recent weeks, the good behavior on the stock market of these great technological values ​​has been what has allowed the main Wall Street indices to mark successive all-time highs. It will depend on the quality of the figures that they disclose and, above all, on the expectations that their executives transmit to the market about the future of their businesses, that this trend continues ”, indicate Link Securities analysts.

From the Fed meeting, which begins this Tuesday and will end tomorrow, the market expects the institution to leave unchanged interest rates and disclose your short-term outlook for covid-19 variants and inflation. The Federal Open Market Committee of the Fed (FOMC, in its acronym in English) hinted in its last meeting that the debate on a change in its policy has begun, so the markets are awaiting any clue about a possible reduction of asset purchases, which is known as tapering.

The Fed has maintained since March last year, after the outbreak of the pandemic, interest rates between 0% and 0.25%As well as a massive bond purchase program worth $ 120 billion a month, and Wall Street is wondering when there will be a turnaround on those measures. The rate of inflation in the US it reached 5.4% in June, the highest in 13 years.

The euro it yields against the dollar and is exchanged at 1,178 greenbacks. The Brent oil reference in Europe rises 0.18%, to 73.82 dollars per barrel, while West Texas remains practically flat, at 71.91 dollars. The Spanish risk premium it rises to 70.20 basis points, while the interest on the Spanish 10-year bond falls to 0.268%.