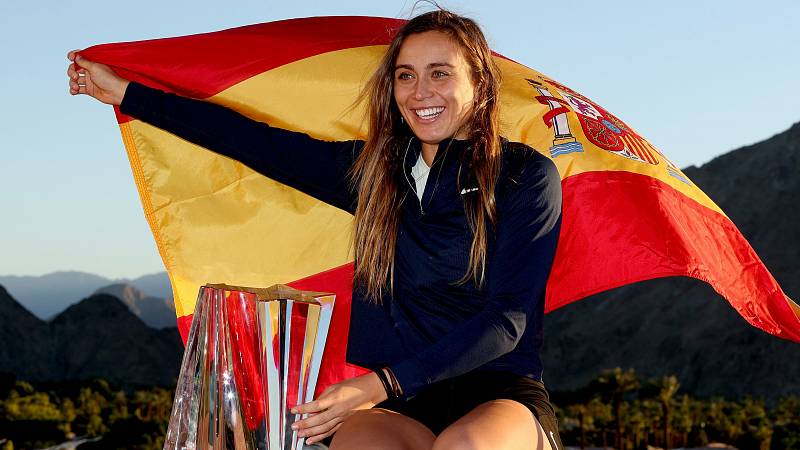 It never rains to everyone’s liking. Tell it to Paula Badosa, brand new champion of Indian Wells. The Spanish tennis player has made history in the United States and half the world surrenders at her feet. However, it also has detractors. Specifically, the Catalan independence movement, which is raging and attacking to the athlete for posing proudly with the flag of Spain and the title achieved.

Dozens of separatist users recriminate Paula Badosa, born in New York but Spanish and Catalan, who does not write or speak in Catalan after winning the mythical tournament. They attack you mercilessly for that photo with the rojigualda that it stings the independentistas so much, and they accuse him of “losing his identity”, among other things.

But this matter does not stop there. The Catalan media also criticize Paula Badosa for not having granted any interview to a Catalan newspaper, radio or television channel. Instead of putting yourself in their shoes and thinking about how many requests you have these days, some like Jordi Basté they attack you for it.

«I am empathic and I understand that today she will have had 50, 60, 80 requests for international and state interviews, I simply claim a small space for the Catalan media that we have followed for years. And today was a good day for Paula Badosa to explain herself in Catalan. Yes, he has done interviews in different Spanish media. If you want to listen to Paula Badosa in Spanish, you will hear it. But according to the people who bring her the agenda, she could no longer attend other media, such as RAC1, the country’s leading radio station, where she was formed, Catalunya and the radio that gave her voice and caring for her since 2019. I publicly complain of the people who act as filters who forget their origins. I am convinced that the RAC1 request will not have reached her, “he says.

The @paulabadosa empordanesa de soca-rel, with this image with the flag of the repressor, probably imposed by the media and federation, shows how important it is to take care of our national references to make Catalonia visible in the world! Espavilem! https://t.co/PZeePIcaqD

Dear Paula; Congratulations! However, as a Begurenca you are, it would have been nice if you had tweeted something in Catalan, the language of your Begur and many of your followers. Whoever loses their origins, loses their identity. Don’t miss it, Paula; Remember, too, Catalan.

TV🇪🇸 more Spanish than ever. Paula Badosa very Spanish to the core.
We must chart new paths where, already free, the Catalan flag will wave and in which the language will be our best treasure.
What we don’t want. What we do want: pic.twitter.com/dsuvZWugBo

Do we know if Paula Badosa represented Spain in an individual tournament?
He has taken out the flag.
We are surrounded.