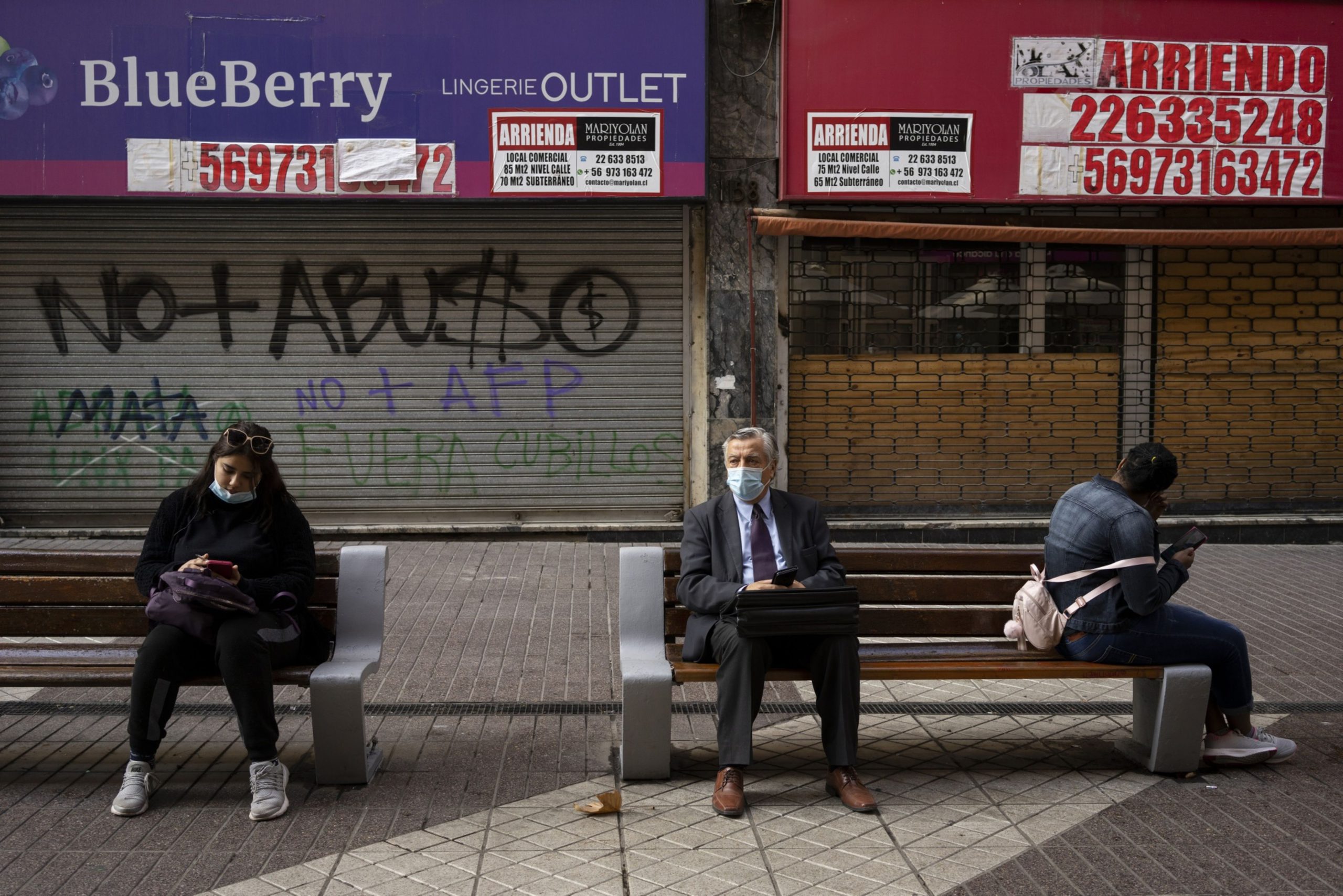 The perfect storm of the Chilean economy

The pandemic is no longer the greatest risk to the Chilean economy, which in the last three decades has been one of the most stable in the region. Economists from different political sectors agree that the problem lies in a disorderly way out of the crisis, due to the great impact of the consecutive withdrawals of pension funds on the financial system. In an electoral year where Congress is discussing a fourth withdrawal of 10% of pension savings, with the opposition of the Government of Sebastián Piñera, the Central Bank (autonomous) has taken in recent weeks unprecedented measures to curb inflation, which has arrived to 4.7% in the last 12 months. The issuing institute determined a rate hike of 75 basis points, the highest in 23 years and placed it at 1.5%, with the projection that inflation will climb to 5.7% by the end of 2021, something never seen for several generations of Chileans.

“The most serious thing that is happening is that a substantial part of our problems are self-inflicted. That is alarming ”, recalled the former Minister of Finance of the second Government of Michelle Bachelet, the economist Rodrigo Valdés. The Chilean economy, which in the past faced crisis mainly due to shocks external, this time is experiencing its own internal earthquakes and “is looking like emerging countries with high volatility,” according to Valdés. When the coronavirus crisis broke out in the region in March 2020, Chile was coming off the social unrest of October 2019. The political and social crisis resulted in a blow to the economy, which then had to withstand a second shakeup due to the pandemic. In these almost two years, the Executive has not been able to regain control and Congress – where the parties no longer even rule – has embarked on public policies of debatable quality.

In the framework of the covid-19 crisis, Parliament has pushed three withdrawals from pension funds that have allowed people to withdraw up to 10% of savings for old age each time. The parliamentarians of both the opposition and the right sought to give families a boost in the context of the health crisis, although part of the congressmen – especially from the opposition – have on the horizon the depth of the Fund Administrators system Social Security, (AFP’s), based on individual capitalization and a pioneer in the world, strongly delegitimized before public opinion due to low pensions. Withdrawals have raised private consumption to unheard-of levels, which grew 33% in the second quarter and could continue to grow, as there is still some $ 23 billion of excess funds available and ready to spend in checking accounts, sight accounts and cash. . This represents 9% of GDP.

The enormous liquidity available to households is evident in perceptions of the economy. One of the main thermometers of the South American country, the survey of the Center for Public Studies (CEP), shows that 31% of the people consider that their personal economic situation is good or very good, the highest index since 2007. This is not the case. The same, however, in the perception that citizens have of the country’s economic situation, where only 18% think it is good or very good, according to the opinion poll released last Wednesday.

Chile has had the ability to overcome the recession that the Covid-19 crisis implied, so GDP growth in 2021 would reach 11.5%, according to the Central Bank’s projections. However, the Government had to give in to pressures from across the political spectrum and expand state aid, such as the Emergency Family Income (IFE Universal) which was extended until the end of 2021. The expansion of the already high fiscal impulse, the trends to The rise in private consumption and the enormous liquidity available to households have been unequivocal signs of greater pressure on prices for the authorities.

“The economy came with all its engines to the maximum and if the fiscal policy is going to continue being expansive until the end of the year, at least we have to reduce the intensity of the acceleration that we brought,” explained the president of the Central Bank, Mario Marcel , a left-wing economist who has been attacked by his own sector for the measures. From the Communist Party, which aspires to reach La Moneda at the hands of the Broad Front deputy Gabriel Boric, they accused the autonomous body of being “a scourge.” But Marcel has defended his policies: “There is nothing more inhumane in economics than inflation”.

A large part of the economists have agreed that the economic scenario would become even more complicated for Chile if the fourth withdrawal of 10% of pension funds takes place. The economist Ricardo Ffrench-Davis, from the progressive wing of the opposition, expressed on Twitter that “today Chile’s economy is radically different than in 2020.” “Before, there was a lack of purchasing power. Now it remains with the great achievement of the opposition of a much improved IFE. But we are left with a tremendous inequality. Another withdrawal aggravates it ”, assured the academic from the University of Chile. The Minister of Finance of the Government of Piñera, Rodrigo Cerda, has also alerted: “We can have very relevant impacts, therefore we have to be very careful.”

The rise in prices is seen in various elements of the domestic economy, such as the value of used cars, which increase with the hours. There is a shortage of some appliances. The same is true of interest rates on long loans, such as mortgages, which have risen two percentage points this year largely due to withdrawals from pension savings, as explained on television by the former president of the Central Bank, José de Gregorio.

Meanwhile, Chile faces substantial changes, such as the drafting of the new Constitution, which should be ready no later than July 2022. And an intense election train, which will take Chileans to the polls again on November 21, in the parliamentary and presidential. The two main candidates, Boric and Sebastián Sichel, on the right, have had different positions regarding the new withdrawal of pension funds. While the candidate on the left supports him, despite his original position, the ruling party is against it. In any case, neither has overwhelming support, according to the recent CEP survey. While Boric reaches 13% support and Sichel 11%, 65% of Chileans do not have a candidate or their candidate will not be on the ballot. And all this, just two months before the elections.