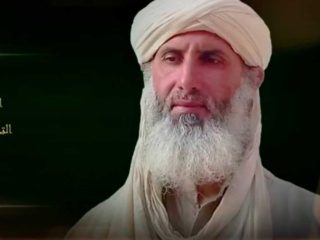 The Rewards for Justice program of the United States Department of State offers a reward of up to 7 million dollars (about 5.7 million euros) for information that leads to the location or identification of the leader of Al Qaeda in the Islamic Maghreb (AQIM), Abu Abayda Yusuf al Anabi.

In a statement, the State Department recalled that in November 2020, AQIM announced Al Anabi, an Algerian citizen also known as Yazid Mubarak, as the new leader of the group after the former and first AQIM Emir Abdelmalek Droukdel was assassinated in June 2020.

«Al Anabi has pledged allegiance to the leader of Al Qaeda, Ayman al Zawahiri, on behalf of AQIM and is expected to play a role in the global management of Al Qaeda as Droukdel had done ”, the Department has advocated, to specify that Al Anabi has previously been“ leader of the Council of Notables of AQIM and served in the AQIM Shura Council ”, as well as“ served as AQMI Media Chief ”.

On September 9, 2015, the United States Department of State designated Al Anabi as a Specially Designated Global Terrorist under Executive Order 13224, and on February 29, 2016, he was placed on the UN sanctions list.

In addition, the State Department has underlined that AQIM, formerly known as the ‘Salafist Group for Preaching and Combat (GSPC)’, is “responsible for the kidnapping and murder of Americans” and that it was declared a Global Specially Designated Terrorist on September 23. 2001.