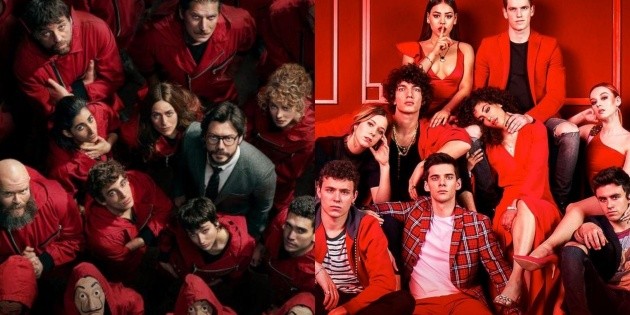 Who are the two women who discovered the actors of La Casa de Papel and Elite?

In recent times, the streaming service Netflix opted for Spanish productions and thanks to that we met The Money Heist, although it acquired the rights in the second season, and Elite, series that was born after the success of the program created by Álex Pina. As well as they presented us with new stories, they also made various actors who today have millions of followers jump to fame. Who discovered them?

Those in charge of directing the casting of both mentioned productions were Eva Leira and Yolanda Serrano, who are characterized by having a clinical eye to take future stars, as they are today Úrsula Corberó, Ester Expósito, Danna Paola, Miguel Herrán, Jaime Lorente, María Pedraza and Arón Piper. They both have a story that you should know.

Yolanda He came to Madrid in 2002 to pursue acting, but eventually found his way into a different area of ​​the industry. During the filming of the movie “The Weakness of the Bolshevik” met Eva: “I was his assistant in several films, until we started our company. I discovered a different path, with less pressure and prominence“, he told Woman today.

In a conversation with The confidential, Leira explained the working method: “What Yolanda sees from the inside, working with the actors giving the reply, and what I see from the outside, on camera, has to come together”. Add: “When the two of us notice that both things work, we are totally complementary. From that moment on we discovered that this was our path, and we didn’t have much time to think about it either, because projects started coming up one after the other”.


On the IMDb site we find that they have multiple credits between TV series and movies, something that positions them as one of the most important casting directors in Spain. Perhaps The Money Heist Y Elite they would have succeeded with other interpreters, we do not know, but we are clear about what they have achieved Yolanda Serrano and Eva Leira when selecting the actors and actresses, 90% of a project, according to Martin Scorsese.