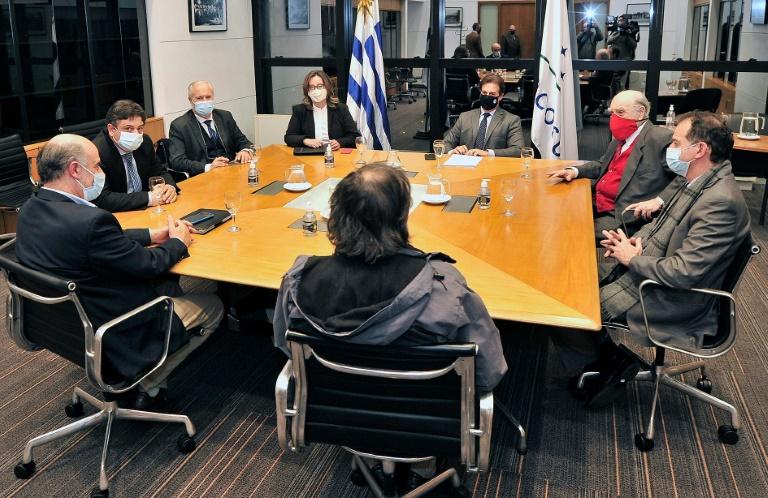 Uruguay and China will begin negotiations to seek a bilateral free trade agreement, Uruguayan President Luis Lacalle Pou announced on Tuesday, an issue that has generated risks within Mercosur.

“We have received a formal response from the Chinese government by letter, accepting (ndlr: the Uruguayan proposal to) advance a free trade agreement,” the president said at a press conference.

The process will begin with a feasibility study for an eventual treaty, a stage prior to the negotiations of a text that the two governments hope to complete before the end of the year. If a positive result is reached, the next phase would be the drafting of a FTA.

“We will see if it is possible. (…) Uruguay is in a hurry,” said Lacalle Pou.

The Uruguayan president had announced in July that his administration would seek bilateral trade agreements outside of Mercosur – which together with Brazil, Argentina and Paraguay -, despite a decision adopted in 2000 by which the partners of the bloc must have the consent of their counterparts to seal negotiations with third countries.

Until now, China had refused to negotiate an FTA with Uruguay if any of the other members of Mercosur spoke out against it.

Asked about this point, Lacalle Pou read a section of the letter received from the Chinese government: “We highly appreciate and welcome the Uruguayan side’s proposal to start negotiations for a free trade agreement between the two countries.”

“He is clearly talking about a bilateral agreement,” the president stressed.

Lacalle insisted that Uruguay has had “a historic vocation” to “belong to Mercosur” and at the same time open up to other markets.