Home
World
Erdogan, on the ropes for his heterodox management of the economy | International

Erdogan, on the ropes for his heterodox management of the economy | International 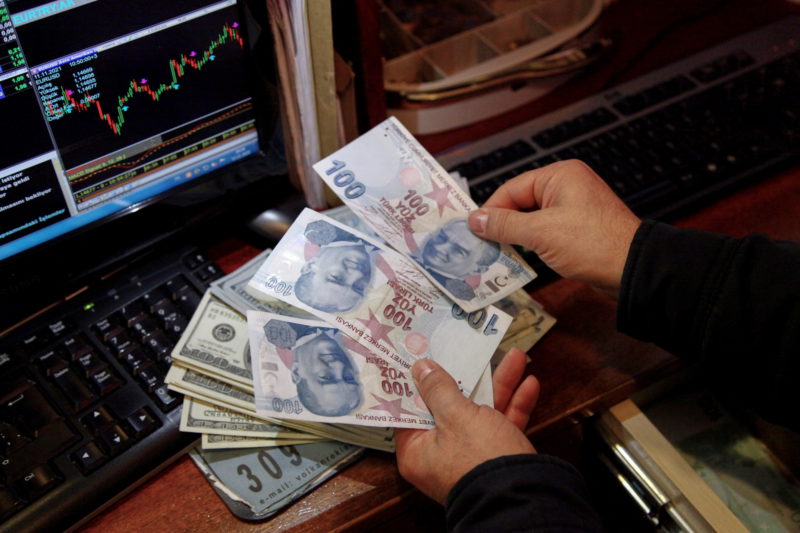 The controversial economic management of President Recep Tayyip Erdogan has sunk the lira to record lows, something that is exacerbating the persistent inflation in the country and undermining the support bases of the Islamist leader after 19 years at the helm of Turkey. His approval is declining and opposition figures (such as the mayors of Istanbul and Ankara) surpass him in popularity, increasing the chances of a political change in the near future.

That of “Every time he speaks, the bread goes up” could literally be applied to Erdogan. On Wednesday, as he advanced in his speech to the parliamentary group, making clear his intention to “carry through to the end” his fight against high interest rates, the lira lost value. The more the Turkish leader talked and the more he delved into his heterodox theory that high interest rates are the cause of the rise in prices, the more the price of the Turkish currency sank. On Thursday, in a further sign that it has become an institution that limits itself to following the president’s designs, the Central Bank cut interest rates to 15%, further sinking the exchange rate of the lira against the dollar and the euro. and, with this, worsening the prospects for runaway inflation (20% according to official statistics, more than double according to alternative calculations), since Turkish industry and even agriculture must import inputs in foreign currency to be able to produce.

While the deputies of the Justice and Development Party (AKP) applauded their leader’s speech, one person from the bench stood notably with folded arms: the Minister of Finance, Lutfi Elvan, about whom rumors of a Possible resignation, since it is contrary to the monetary policy that Erdogan has imposed. This week alone, the lira has lost 9% and is trading at a third of its February value. The plan, according to some local analysts, is that a cheap lira serves to stimulate exports and that this export boom ends up positively affecting the rest of the economy. However, the large macro numbers are not felt at street level.

Difficulties due to the increased cost of life

Metropoll polls indicate that 72% of Turks suffer “many difficulties” due to the increased cost of living and another 22% say that high inflation affects them negatively but at the moment “not unbearably”. 80% of those surveyed say they have problems dealing with electricity, water and gas bills.

The progressive loss of purchasing power affects the entire population but especially those who live with just enough: the few who can save do so in gold, dollars or euros, which allows them to conserve or even increase their wealth, thus widening the gap of inequality. Not surprisingly, the economy is the main problem cited by the Turks in all the polls. According to the demographic company AREA, 72% of voters consider that the government’s economic policies are a “failure.”

The sectors aggrieved by economic mismanagement are more and more numerous. The unions lend themselves to a tough battle in next month’s minimum wage revision negotiations and the country’s main employer, TÜSIAD, is increasingly open in its criticism of the government.

Even within the government field. “He is enriching his construction friends while the rest of the country is getting poorer,” privately criticizes a journalist from a pro-government medium. And a source from a channel linked to the opposition, which until now had serious financial problems due to a boycott of advertisers at the request of the Executive, confesses that television has begun to receive important injections of money thanks to the advertising of more and more companies, Some of them are close to the AKP, an example that some actors are diversifying their bets in the face of a possible turn of the tables.

The absence of demonstrations or social unrest can be misleading. Practically all attempts to protest are quickly suppressed by the police. But that also detracts from the Government an essential thermometer to know how the street breathes.

Throughout his career, Erdogan has been very adept at capturing majority sentiment and using it to his advantage. No leader is able to stay in power for two decades with large doses of approval if he is not capable of doing so. However, this political nose is beginning to fail him.

His former collaborators have for years complained that those who currently advise Erdogan are unable to contradict him and, in their conversations with the president, paint a rosy picture of the country on him. An anecdote recently published by the British newspaper Financial Times it serves to exemplify the progressive loss of contact of the Turkish leader with the reality of the country. A member of the ruling party tried to alert Erdogan to the growing unrest among the population over the economic situation and he reacted angrily: “You are lying. I know the streets better than you ”. Hence, his current team prefers to keep the president in the dark rather than risk losing his job.

Last week, Temel Karamollaoglu, the leader of a small opposition Islamist group, was called to the palace to meet with Erdogan. At the end of the meeting, Karamollaoglu explained to the press that the president “is happy with the progress of the country” and “believes that the people are also happy.” For Erdogan, the only problem is the current presidential election system, which requires receiving more than 50% of the votes in the first or second round of voting. Although it is a threshold inherent to presidential regimes like the one he insisted on establishing in Turkey, some members of his party have proposed lowering it, which, according to the opposition, is a sign that the government fears losing power in eventual elections. .

For the first time, polls place the opposition coalition (made up of the CHP social democratic party, the right-wing IYI ​​and the Islamist SP) with a slightly higher voting intention than the ruling coalition (Erdogan’s AKP and the far-right MHP party). ), although both receive around 40% of the support. The rest of the electorate opts for parties that are also opposed to Erdogan although not embedded in coalitions. In addition, in the competition for the position of president, several possible opposition candidates outnumber Erdogan in voting intention. So this week, driven by the lira crisis, opposition leaders called for early elections.

But the elections are set for June 2023 and Erdogan has stressed several times that there will be no electoral advance. He also has no reason to do so, given the situation. The question is whether the forces that sustain him in power – both political and social: certain companies, population strata, religious organizations and interest groups – will remain until then.