Home
Technology
Out for the DreamHack Leipzig: E-Sports Festival will not continue

Out for the DreamHack Leipzig: E-Sports Festival will not continue 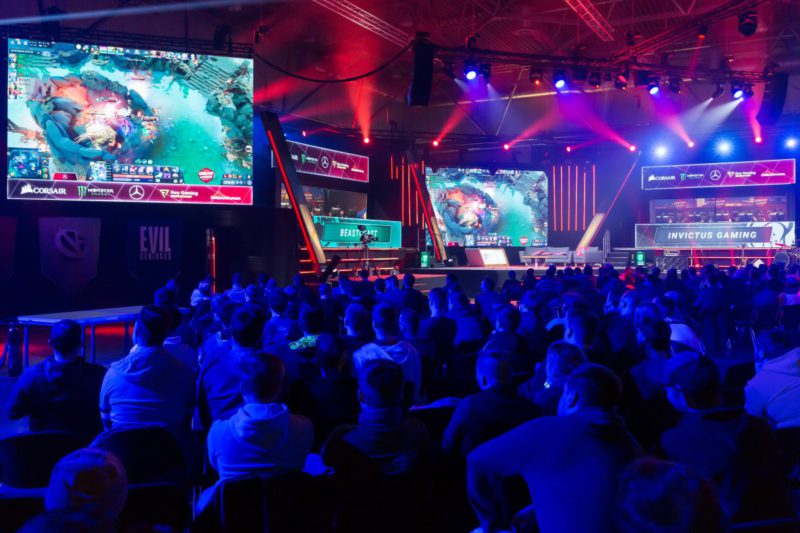 The Leipziger Messe will not host another DreamHack, the fair announced on its website. “DreamHack AB will not continue the license agreement with us beyond 2021. Another DreamHack Leipzig under the direction of Leipziger Messe and Schenker Technologies / XMG will therefore no longer take place,” it says there. The German version of the international e-sports festival was held for the first time in 2016.

What will happen to the rights for Germany is not yet known. It is conceivable that DreamHack will be held in a different city in the future. The Leipzig now want to examine ways of how it can go on without DreamHack. One would like to keep the community: “And every time one door closes, another one opens as well. And since we all know each other now, we put our heart and soul into a large part of the event ourselves Have set legs, let’s just see what the future brings for us gamers here in Leipzig “, write the organizers on Discord.

Only last weekend Leipzig hosted the first major trade fair in a year and a half: the model hobby game. 47,000 visitors strolled past model trains, board games and handicrafts. This raised hopes that DreamHack 2022 could also take place at the usual time of January / February, as usual, instead of restricting it to an online event as in 2021. However, there has not yet been an appointment.

DreamHack began in the early 1990s in the basement of a primary school in Sweden: as a demo party to create and demonstrate digital works of art. In 1994 she moved into the cafeteria and got the current name. Over the years the event grew, with games becoming increasingly important. In 2004 it was the largest LAN party in the world with more than 5000 participants. Since 2015 DreamHack has belonged to the Swedish media group Modern Times Group, which also maintains the Electronic Sports League ESL. The concept is now being sold in other countries, and that’s how it came to Germany.

The exhibition area was divided into an area from 12 and one from 16 years.
(Image: heise online / René Meyer)

The DreamHack is meanwhile the third games fair that Leipzig loses. The Games Convention was held from 2002 to 2008 and moved to Cologne as Gamescom. As a substitute, they wanted to concentrate on online games with the Games Convention Online in 2009 and 2010, but the concept was able to convince too few visitors and, above all, too few exhibitors. In the second and last year, the public halls were painted and the GCO was reduced to a trade fair with a conference.

Then in 2016 the new attempt. Together with DreamHack and Schenker Technologies and their brand XMG (which are also based in Leipzig), large LAN parties were resurrected, supplemented by a trade fair area and broadcasts of tournaments on huge screens. Year after year, the event grew a little and in the end attracted 23,000 visitors. The fair had been canceled for 2021.