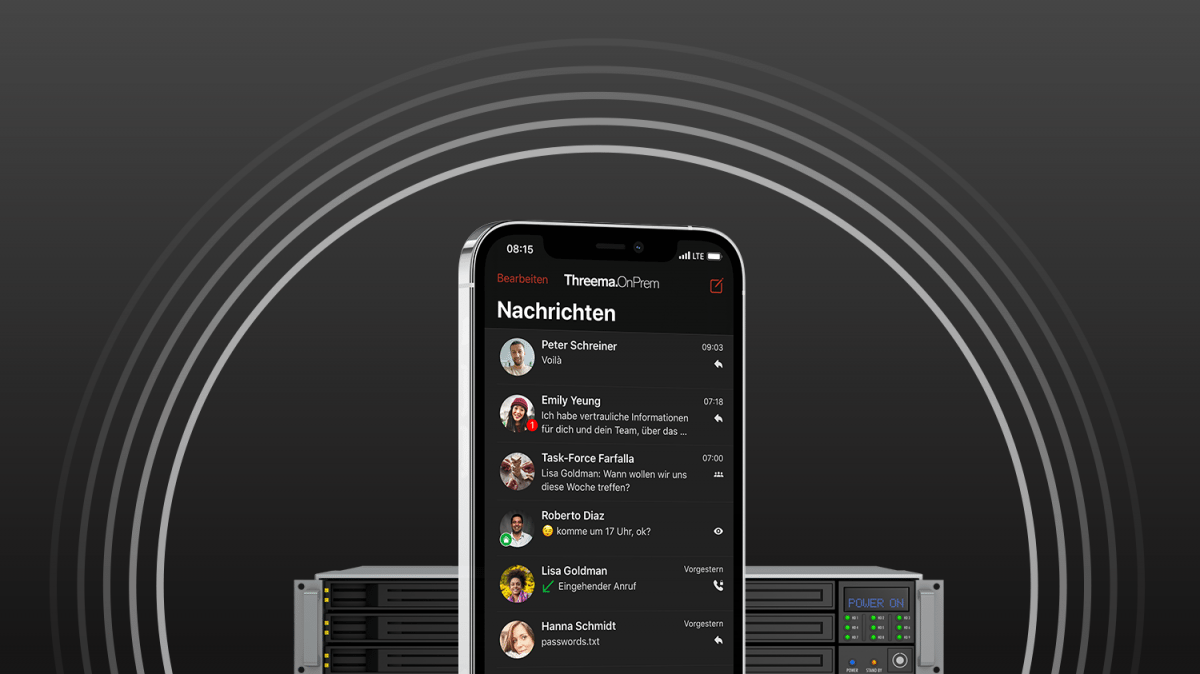 Messenger for companies and authorities: Threema offers an on-premise version

Companies and authorities can now run the Threema messenger on their own server. With the new “Threema OnPrem” product, messages are sent exclusively via the customer’s server, and administration is also carried out entirely there, explains the Swiss Threema GmbH in a blog entry published on Tuesday.

Threema messages are always end-to-end encrypted, regardless of the product variant. With Threema Work, there has also been an offer for companies and authorities since 2016. Messages are sent and administered via Threema servers in Switzerland.

However, some companies and authorities have even higher demands on data sovereignty and are critical of Software-as-a-Service (Saas), Threema boss Martin Blatter explained in an interview with heise online. For these you are now also offering the On-Prem-Variante on. “For example, some customers prefer to host the administration portal on their own server.”

No communication with external parties

Functionally, Threema OnPrem and the SaaS offer Threema Work are largely identical. However, users of the on-premise variant can only communicate internally, i.e. only with users of the same instance. This also offers protection against attacks from outside, explained Blatter: “Many customers worry about malware and social engineering attacks.” Threema Work users can also communicate with external parties by default, but this can also be deactivated.

For the server license, support and updates, Threema requires an annual basic flat rate. There are also licenses for end users. Threema will name specific sums on request. According to the provider, the Saas variant Threema Work is used by over 5000 organizations, for example Bosch, Daimler and Edeka.

In addition to Threema, there are numerous other providers on the market for encrypting corporate and government messengers. Some competitors also offer on-premise variants, for example Stashcat and Wire.