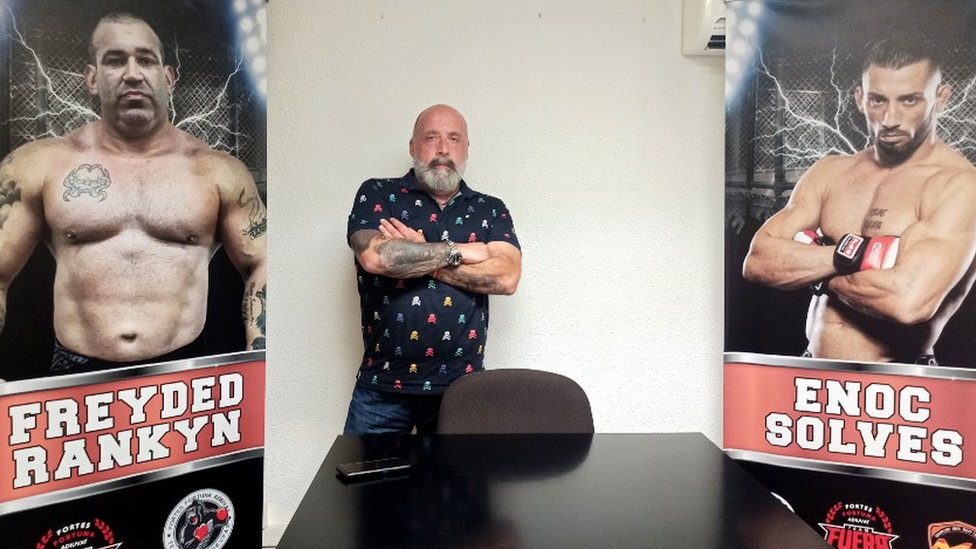 Squatters: the “strongmen” who hire in Spain to evict those who invade property illegally

The illegal occupation of properties has a long history in Spain and is often driven by the large number of people who do not have access to a home. Now a murky practice makes things even more complex.

The squatters have begun to ask for a “ransom” in exchange for leaving a property, which has led to the emergence of private eviction companies, some of which use threats to achieve their goal.

Michael Regan was in London during the months of mandatory isolation for the Covid-19 pandemic when his phone rang.

“Do you have guests staying at your house?” They asked him in a message.

It was from a neighbor of his vacation home in the Catalan coastal town of Sitges.

“Of course, I didn’t have anyone staying home, so the alarms went off,” Michael tells the BBC.

A Spanish friend of his reported the intruders to the police, who responded by saying that they would take the case to a judge.

In Spain, this is a normal procedure: Spanish law allows the police to remove squattersas squatters are known, whether the landlord proves it is their first, second, or even third or fourth residence, but it depends on how the rules are interpreted.

On Michael’s terrace, a group of young men were drying clothes and playing board games, Michael learned. That relieved him, he says.