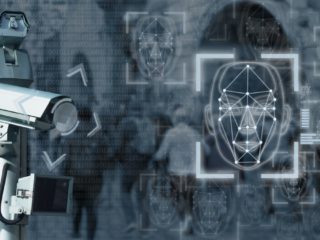 Instruments to identify people remotely, such as video surveillance with automated facial recognition, are able to track and weed out those affected at every turn and to create profiles of them. They undermine human rights and civil liberties. An alliance of 175 civil society organizations, activists and researchers from around the world is sounding this alarm. In an open letter to lawmakers, she therefore calls for a global ban on biometric surveillance technology in public spaces.

The ban must apply to governments, law enforcement agencies and private actors, writes the alliance. It seeks to draw a line under the development of relevant instruments for mass or discriminatory targeted surveillance. These represent an attack on privacy and data protection, “exacerbate inequality and discrimination and have the potential to silence freedom of expression and assembly”. This makes it even easier to criminalize legitimate protest.

The parties involved want to stop all public investments in biometric techniques for mass or targeted surveillance. Neither public institutions nor private companies are allowed to use or promote them. The appeal to investors is to call on the companies they finance to stop developing or selling such tools.

US corporations such as Amazon, Microsoft and IBM have already permanently or temporarily stopped selling programs for facial recognition to the police. Apparently they are aware of the problematic effects, according to the alliance. The logical second step would be to keep your hands off such instruments.

“Face recognition and related biometric recognition technologies have no place in public,” said Daniel Leufer, European policy analyst at Access Now. They created dangerous incentives for discrimination and disproportionate use so that they “must be banned here and now”. Many governments appealed to public safety and claimed “that they are taking legal protective measures,” added Verónica Arroyo, who is responsible for Latin America. Experience shows that this only obscures the harmful effects of the technology.

With its legislative package for Artificial Intelligence (AI), the EU Commission wants to largely prohibit real-time facial recognition. This left exceptions possible for the prosecution of particularly serious crimes. Civil rights groups, on the other hand, have been pushing for a complete ban on biometric mass surveillance on the old continent for a few months with the European civil rights initiative “Reclaim Your Face”.