Metroid: Attack of Ridley, the impressive live action short made by fans 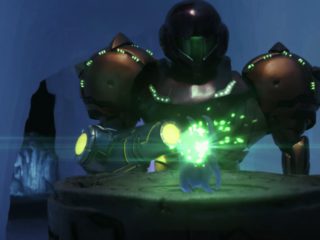 In the absence of news from the Metroid saga, a group of fans has published on YouTube the result of their latest short dedicated to the saga starring Samus Aran, under the name of Metroid: Attack of Ridley. The production team Devin Super Tramp has created a short in live action eight minutes long where we can see the landing of the protagonist to the ice planet SR422. The result speaks for itself.

Since the arrival of the ship to the planet, its staging and the initial exploration, the short puts us in the situation and tells us about the search for the Temple of the Chozo in order to complete the repair of its equipment. The followers of the license will be able to identify recurring elements of the same as the transformation to the Morph Ball or tools like Arm Cannon using CGI techniques. We recommend that you watch the video for yourself to check the quality and delicacy with which the Nintendo license has been treated.

The Devin Super Tramp team has more than 6 million subscribers on their YouTube channel and they have a Patreon channel, with which they help finance these types of productions. Each of his videos, whose regularity varies depending on the time it takes, is an event for his followers. Assassin’s Creed, Mario Kart, Pokémon, The Legend of Zelda or Super Smash Bros. are some of the other licenses they have worked with.

Nintendo has everything ready for the celebration of E3 2021. The Kyoto company will recover the Nintendo Direct format this next Tuesday, June 15, starting at 6:00 p.m. (CEST), at which time it will begin its forty-minute conference with news from upcoming Nintendo Switch releases for 2021 and beyond. It is to be expected that one of the great featured games of the conference will be the sequel to The Legend of Zelda: Breath of the Wild, followed by Splatoon 3 and Pokémon Legends: Arceus, among other surprises such as … the return of Metroid Prime 4? Soon we will get out of doubts.